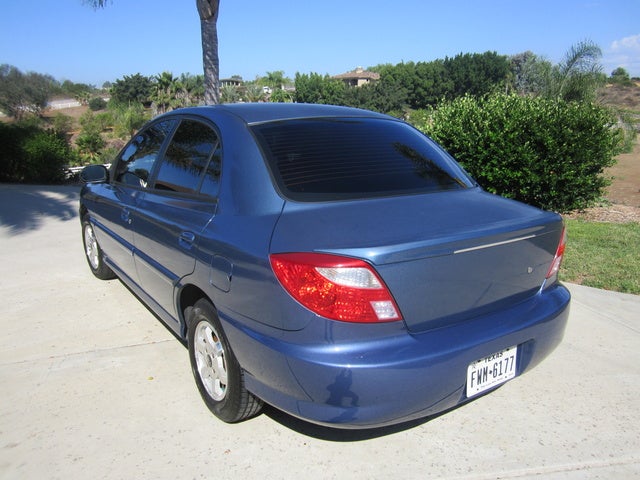 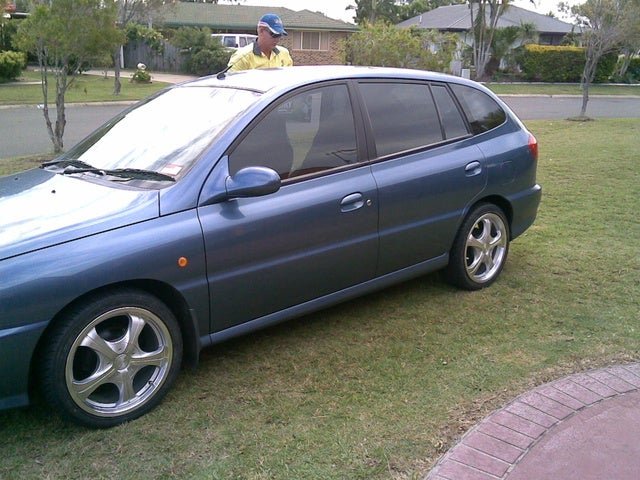 The Kia Rio had the distinction of being the lowest-cost new car in the United States when it debuted in 2001. Based on the Ford Aspire/Festiva, which Kia had built, the 2001 Kia Rio was a subcompact sedan focused solely on budget. As such, few standard features came with it, and the first year suffered from some reliability issues. But good fuel economy, a lightweight size and peppy engine, and the price tag made it attractive for city commuters on a budget.

The 2001 Rio came in one trim, a base sedan with a 1.5-liter, 96-hp DOHC I4 engine. A 5-speed manual was standard and a 4-speed automatic optional. This engine was particularly responsive in such a tiny car, and though there is engine noise at higher speeds (as with most compacts), for city driving the Rio was ideal for maneuvering around cars and into tight parking spaces. There are few standard features. No power windows or locks, no air conditioning. Intermittent wipers, power brakes, 13-inch wheels, and dual-front airbags were all you got. Options added ABS brakes, air, a CD or cassette player, and a rear spoiler.

The biggest draws for owners of the 2001 Rio were its great value and the Kia 5-year warranty (10-year for the powertrain). Owners liked the fuel economy and felt the seats were comfortable, although rear legroom is more suited to children than adults. Negative comments mention the lack of power features, some body lean, no split-folding rear seats, and lots of repair issues. The checking engine light comes on a lot for no reason.

Brianna It is a good car.

Unable To Shift From Park

I am unable to shift from park. I have ruled out all the usual causes, such as brakes, solenoid release, cable etc... When I disconnect the cable from the transmission, the shift works fine, so the ...

I have a 2001 Kia Rio with 66,000 miles. Recently when I try and start the car, its cranking up but it wont turn on. I have checked the battery, and the starter and they are fine. Please help!

368 views with 1 answer (last answer about a year ago)

I have a P0302 fault (cylinder 2 misfire). I replaced the spark plugs just a week ago, and when I checked them today they all still look new, except for the cylinder 2 plug. It is completely corroded...

I was driving my 2001 kia rio, i got about 3 blocks from my house when it shut off.. The car will turn over but wont start. Its never done this befor. It didnt sputter it just shut off..