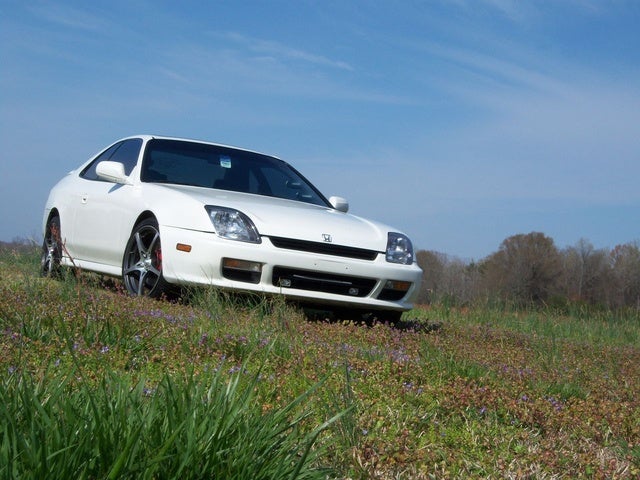 Have you driven a 2001 Honda Prelude?
Rank This Car

This car is fun to drive i have had it for 4 years and the only down side is that it takes premium fuel. The car runs smooth and is reliable. If you want a car with great handling and a sporty look th... Read More

Reliable And Quick But Not Fast Enough To Break Itself , Good Buy By Zachary

Over all this car is pretty nice it never breaks and it looks like a very sharp car as well, its 200 hp 2.2 l vtec is pretty quick but you have to wait till 5000 rpms before its fast could have used a... Read More

Loved Mine For Over 2 Years! By JonLuc

This is a great car! It was my first car that I got in high school and has served me very well and needed minimal maintenance! Sad to see it go, but I got a new Honda that needs my attention! Read More

An Experience! By Ryan

I love the engine (DOHC VTEC kicks hard), the suspension, looks, build quality, and features. The Sportshift transmission is fun, but fragile as glass and unreliable without strict maintenance.. M... Read More

When Is Honda Going To Make Another Prelude?! By kcondosta

I love this car! Such a reliable, fun car. The 4 cylinder, vtec is just enough power for a little car. If Honda would start making this again, I would be the first in line to purchase the Prelude!!... Read More

Owned from March 2003 to April 2005. This was my second car, purchased as a replacement for my '88 Prelude which was wrecked after 3 months of ownership. Overall it was very reliable. Had to replace ... Read More

Nice To Drive, Not Fast But Has A Nice Kick....not For Everyone By Paul

like the styling (always have)...but hate honda transmissions and brake systems. isnt easy to work on being that every thing under the hood is so freakin close together...but with a little patience it... Read More

A Snake On Wheels By Mat

blue fast low and loud. she was a boomin bass queen before she tore up the track. due to my inexperienced hands she was on the fritz alot but that would be diff these days. one day i will have another... Read More