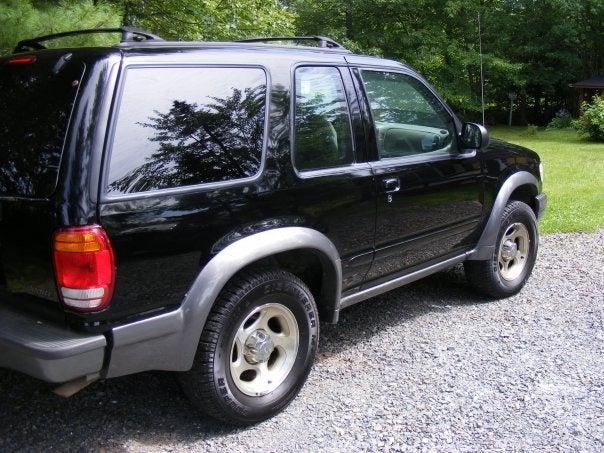 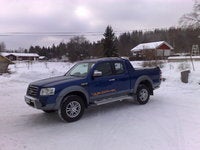 The 2001 Ford Explorer Sport was the trim that became an SUV. For some reason, Ford made the decision to spin off its two-door Explorers into the "Explorer Sport" instead of including them in its 2001 upgrade of the Explorer.

Based on the desperately-seeking-an-update mid-90s Explorer platform, the 2001 Explorer Sport was kind of a tough sell. There wasn't anything particularly 'sporty' about it, either; if you got the optional four-wheel-drive, you could take the thing off-road, but that was about it. As midsize SUVs went, the Explorer Sport was nothing too special.

Still, some drivers loved it for its smaller wheelbase, tight turn ratio, and easy handling. Under the hood, the '01 Ford Explorer Sport packed a 4.0 liter, single overhead cam V6 with 205 horsepower and 240 lb.-ft. of torque. Gas mileage wasn't too bad by SUV standards, with 15-16 mpg city, 19 mpg highway.

What's your take on the 2001 Ford Explorer Sport?

Have you driven a 2001 Ford Explorer Sport?
Rank This Car

I have a 1999 explorer. door key does not turn door lock, can I lift the lock knob to simulate using the door key to unlock? or must I remove the door panel and push/pull locking rod?

My Explorer Is Not A Sport Trac , I Can't Edit It

What Would Make A Coil Pack Continue To Go Out?

My Vehicle Has Had A misfire for quite sometime. Replaced Plugs, Wires, and Injectors. This Did not fix my problem. Decided To Replace the coil Pack with a new one. this fixed my problem, and my vehic...

So one day my fog lamps go out I have checked all the fuses I have even replace the switch on the dash and it has not solve the problem none of my wire is appeared to be damaged does anybody have any ...