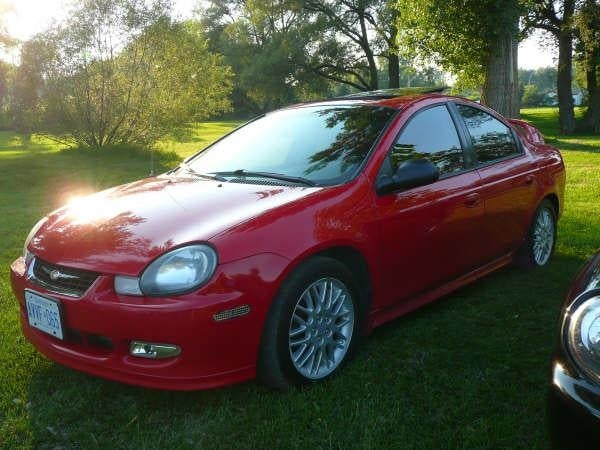 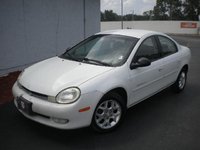 CarGurus has 68 nationwide Neon listings and the tools to find you a great deal.

With its redesign in 2000, the Dodge Neon seemed to be marketing itself more as a comfortable family car rather than an affordable sporty car that was fun to open up on the highway. The 2001 Neon learned the error of its ways and brought back the R/T and ACR Competition sedans to the lineup. The Highline base sedan was renamed the SE.

While the ES and SE Neons came with the single-cam 2.0-liter, 132-hp engine, the R/T featured a performance tuned version of this engine, coming in at 150-hp and paired only with the 5-speed manual transmission. A sports suspension, 16-inch wheels, airplane-like rear spoiler, ABS, traction control, and dual chrome exhausts completed the race car package. Drivers loved the way the R/T accelerated and the gas pedal's quick response. Steering around curves or other cars was a breeze. The R/T also offered a lot of luxury power options. In contrast, the ACR (American Club Racer) Neon was purely race-oriented. It had the same engine and suspension, but fewer luxuries. A Sports package which offered R/T features, minus the fog lights, moldings, and dual exhaust, was available on base model sedans in 2001 only.

Of course, 2001 Dodge Neon R/T owners loved the look, sound, and speed of this car, though in reality it wasn't that much faster than the regular 2.0 engine or the R/T Neons of old. Other Neon owners loved the room, seat comfort, responsive handling, and great fuel economy that had always been hallmarks of the Dodge Neon. Problems with rear blind spots are still mentioned, as are a miserable repair record, and a trunk lid that drops down too easily.

Have you driven a 2001 Dodge Neon?
Rank This Car

CarGurus has 68 nationwide Neon listings and the tools to find you a great deal.

Were Is The Fuel Pump Reset Button For A 2001 Dodge Neon?

I have 2001 Neon that cranks , but won't start. How do I verify fuel pump is bad? Car would sit for a couple weeks, but always started. Good battery.

How Do I Open The Hood

521 views with 2 answers (last answer about a year ago)

What Is This Part Called?

Can somebody help me ID what this part is called specifically? I need a new one. Thank you!

My dodge neon keeps overheating it has a leak I don't know from where I put water in it to keep it cool but it makes a funny sound when it's over heats help please what can it be .