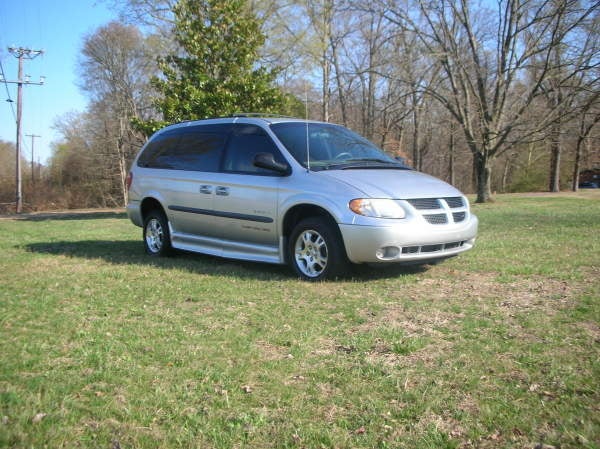 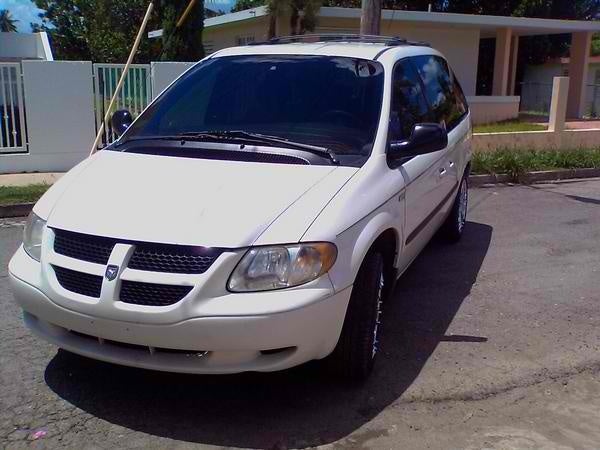 The fourth and current generation of the Dodge Caravan starts in 2001. Most changes occur in the engine and interior design, while the exterior looks basically the same as in previous models. In the face of tough competition from Honda Odyssey and Toyota Sienna, Chrysler saw some of its share in the minivan market drop, particularly in terms of interior features, although it still tested better for handling and suspension.

Trim options for the 2001 Dodge Caravan are now limited to SE and Sport in the shorter wheelbase, and SE, Sport, and ES in the longer wheelbase Grand Caravans. While the 2.4-liter, 4-cylinder engine remains standard for base models, the 3.0 V6 is gone. In addition, the 3.3 and 3.8-liter engines receive an upgrade to 180-horsepower and 215-horsepower respectively.

Upgrades include larger headlights and wraparound taillights. A first for minivans is the power sliding door and power rear liftgate, as well as a removable center console with internal power source. The console can be placed between the front or middle seats. The AutoStick auto/manual option in the Grand ES adds a separate control for manual gear shifting. Side airbags are optional. Other niceties include a pop-up rear organizing shelf that can securely hold up to six bags of groceries, and a cell phone and charger bracket on the front console.

Sally My Kids Gave me this 2001 Dodge Grand Caravan Sport for Xmas. It came without the owners Manuel.

Users ranked 2001 Dodge Caravan against other cars which they drove/owned. Each ranking was based on 9 categories. Here is the summary of top rankings.

Have you driven a 2001 Dodge Caravan?
Rank This Car

PROBLEM SHIFTING OUT OF PARK

HELP!!! Rough Idle Hesitation When Taking Off? Mechanics Have No Clue

Hi, after van has ran for awhile when you come to a stop the idle is really rough. almost like it wants to stall. then when you let off the brake and give it gas it hesitates and stumbles before accel...

I drive my van to the store and shut it down. if I restart the van it starts right up, but after going in to the store the van will not start. It sat for about 20 min. but after sitting for 8 to 12 ho...

Why Is My Van Doing This To Me?

Van broke down took to repair shop mechanic said i needed a new ecm had them put a new one in and now my van will start run but now when coming to a stop or idling it will just die and wont restart...