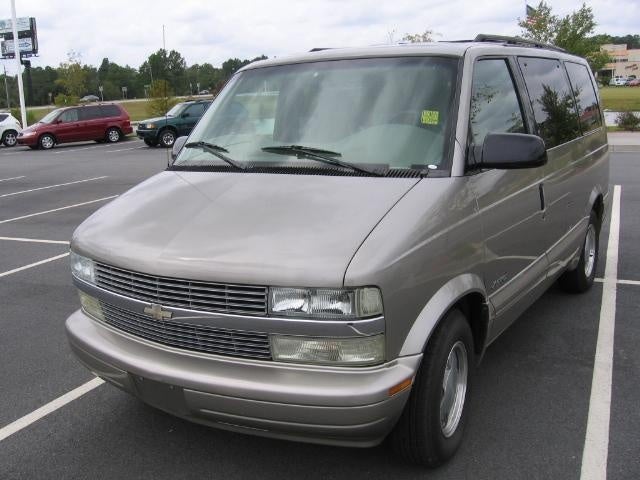 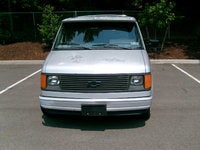 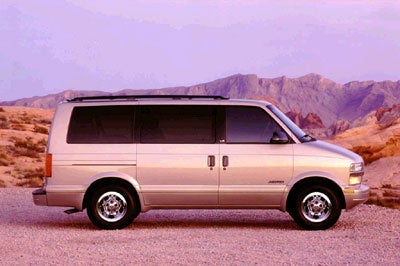 Chevrolet introduced its Astro mini-van in 1985, placing a passenger van body atop a truck frame. The six-cylinder, 4.3-liter engine is powerful enough to haul more than 5000 pounds. The Chevrolet Astro has a sliding door on the passenger's side (many owners wish there were also one on the driver's side), and removable, if heavy, seats in back if you need the space to carry cargo.

Over the years, Chevrolet has added more and more standard features that were once options: cloth seats, eight-passenger seating, audio system, and so on. In 2001, remote keyless entry, cruise control, a tilt steering wheel, and power windows
and mirrors, were newly standard on the Astro.

2001 Chevy Astro owners report that they love the cargo room and hauling capability, and many buy Chevy Astros again and again over the years. However, many complain of numerous mechanical problems occuring at less than 70,000 miles, as well as noisy rattles, poor resale value, and insufficient leg space in front.

What's your take on the 2001 Chevrolet Astro?

Have you driven a 2001 Chevrolet Astro?
Rank This Car

How Many Gallons Is A Chevy Astro Van

what is the tank capacity on a 2001 chevy astro van ?? my tank gets full at 14 gallons is this right

Turns over but no start

How many miles can I go on a full tank in my 2001 AWD passenger Chevy astro van? Gas gauge is broke!

Where Is Netural Switch 2001 Astro Van