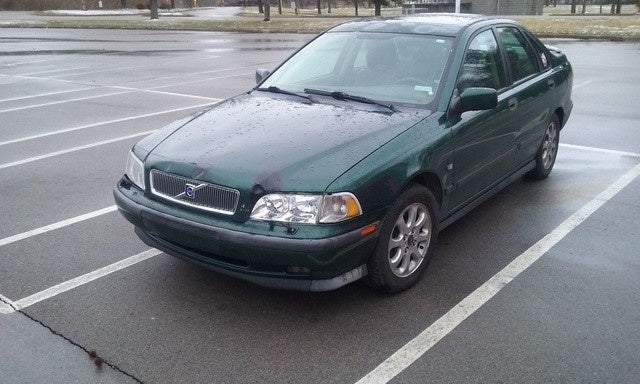 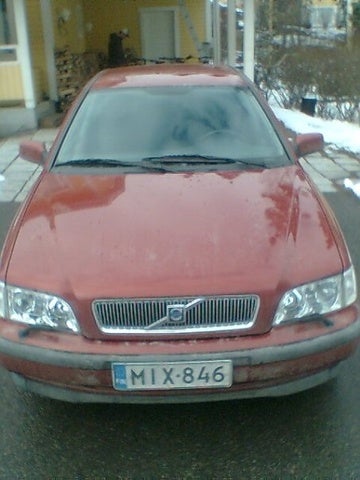 Volvo introduced the entry-level S40 in 2000, taking the Swedish automaker's design and model lineup in a new direction. Volvo aimed to gain an edge on the German marques with the compact and reasonably priced S40, since the Mercedes-Benz C-Class and BMW 3-Series did not have a myriad of competitors in 2000.

The S40 sedan had a wagon counterpart called the V40. The compact sedan was available in only one trim level, but could be upgraded through a series of options packages. Standard equipment on the entry-level car featured luxury basics, like automatic climate control, an interior air filter, cruise control, heated power mirrors, power windows, power door locks, and keyless entry. Cloth seats came standard, but leather upholstery was available with the Sunroof Package, which also added a power sunroof and faux wood accents. Other options included an audio system upgrade with a CD changer and more-powerful speakers, traction control, and a power driver seat. Most key options were offered as stand-alones.

The S40 was powered by a 1.9-liter turbocharged inline four, which generates 160 horsepower and 170 pound-feet of torque. This engine was mated to a four-speed automatic transmission, routing power to the front wheels.

Volvo categorized this new entry-level offering as a sport sedan, and its performance attributes topped the list of favorite features. Reviewers reported that the S40's four-cylinder engine was comparable to many of the V6 units found in competitors. For a sport sedan, the S40's ride is quite soft, and even larger bumps are managed well by the suspension system. The S40's 0-to-60 mph time was reported around eight seconds, and fuel economy was estimated at 21/28 mpg, with mixed driving averages in the low 20s. This is not exceptional for a 2,990 pound car with 160 horsepower, and Volvo recommends premium fuel.

What Is Meaning The DSA Lamp When It Is On? Does It Mean The System Is Work...

The lamp of DSA when it is on, does it mean the Dynamic Stability system is working?

It does not work sometimes comes on and works for a little but then goes off also my abs and brake light is on but when the speed odometer starts working they both go off can someone help me with t...

635 views with 6 answers (last answer about a year ago)

My friend has a 2000 Volvo S40 and sadly she let someone try to "fix" her car while she was away. Instead of fixing anything the guy stole her turbo. Mind blowing, I know. Well, she ordered a new ...

I was driving my 2000 volvo s40 and it cut off. Now it wont start. Tried to jump start but still nothing. Initialy whrn starting it was making some rattling sounds on the front side (where there...

I read on this site that I probably won't need to change the timing belt until more than 100k miles. Even if the car is 13 years old? Anything I should immediately get looked at? I have only repl...