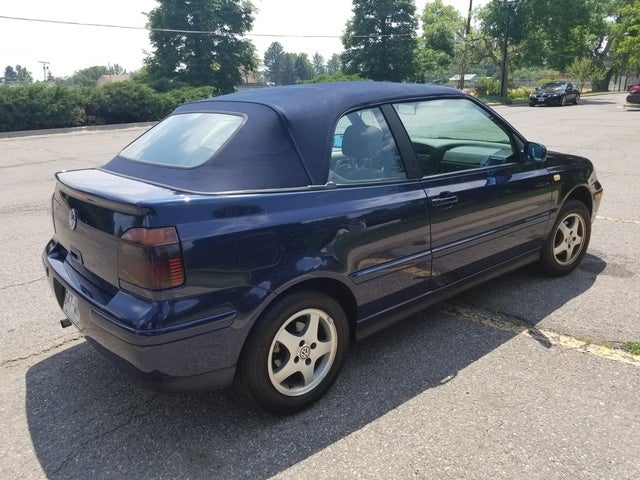 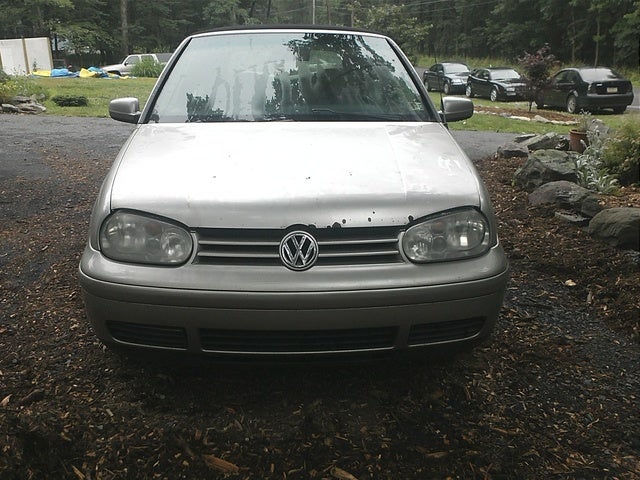 The Volkswagen Cabrio received a few minor upgrades for the 2000 model year, including an updated alarm system, an optional dealer-installed CD player, and an indicator light on the dash that signaled when brakes needed to be replaced. A non-smoking package was also available.

Other than that, little else changed from the previous year. Two trim packages were available -- the base-model GL and the more feature-laden GLS. Both were powered by a 2.0-liter, 4-cylinder, 115-hp engine linked to a five-speed manual overdrive transmission. A four-speed automatic overdrive transmission was available as an option.

The GL's list of standard features included air conditioning, anti-lock brakes, power door locks, front and side airbags, daytime running lights, an anti-theft alarm system, and an AM/FM/cassette stereo system. The GLS added power windows and leather seats, among other features. Both versions came with a multi-layer cloth convertible top with a glass rear window, though the GLS came with a power top while the GL's was manually operated.

While some drivers were impressed with the Cabrio's handling, gas economy, quality, and "fun" factor, others noted that the vehicle was frequently in the shop. As one driver noted, "Too many things go bad too quickly."

What's your take on the 2000 Volkswagen Cabrio?

Guru9TVM38 Is this car available for purchase

Have you driven a 2000 Volkswagen Cabrio?
Rank This Car

What Components From Other Vw Models Fit My Cabrio?

I have been searching for parts to modify my car and i keep getting mixed results. With no one near me with one, I am unfortunately left with the internet for answers. The parts I am specifically cu...

I just acquired a VW Cabrio 2000. There is a box in my trunk (on the left side) I was told this was to lubricate the convertible roof. Is there a specific oil or liquid I need to put in there for it t...

On the dash are 2 buttons for opening/closing rear windows. Some that I've seen pix of, have a button in-between. What is that one for?