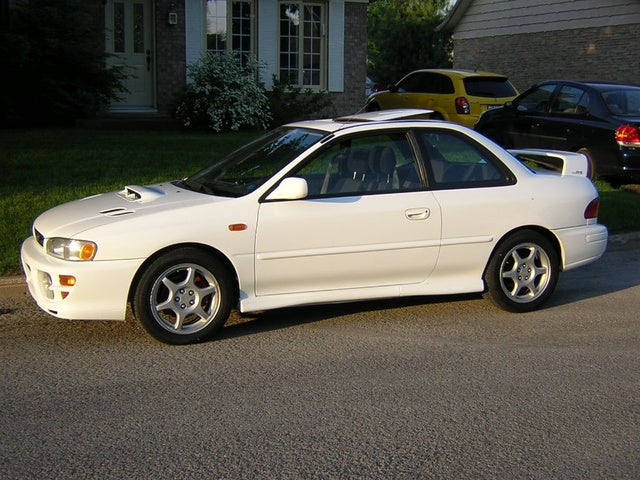 Users ranked 2000 Subaru Impreza against other cars which they drove/owned. Each ranking was based on 9 categories. Here is the summary of top rankings.

Have you driven a 2000 Subaru Impreza?
Rank This Car

decent power and room, just not sure if the impreza has the style that will hold up like the outback. Read More

Room to move . Easy to get in and out of. Has all the special features one could want with many of them standard. Good value . High safety rating . Great gas mileage . Rides smooth. I recommend you p... Read More

I enjoy driving this car. I test drove the Mazda 3 and chose the the Impreza because it had more comfortable back seating. Read More

Handles like a dream, feels like the tires are gripping the road! Has all the features I need including a great sound system. Excellent on gas for an AWD vehicle. Im loving my Subaru ❤️ Read More

Love everything about car in relation to interior features. This was a one owner car purchased as my commuter car. The only slightly negative thing is I would have preferred a different color, though ... Read More

We just bought the car, and the early review of the ride is that its great! The Impreza Limited is loaded, and it was a GREAT DEAL on CarGurus. Ive had a 2015 Subaru Legacy Limited for over 6 years an... Read More

I love the size and features. Gas mileage is good considering it’s all wheel drive. And Subaru’s reputation for longevity makes me think I’ll be driving this car for a long time. Read More

Have you driven a 2000 Subaru Impreza?
Rank Your Car →