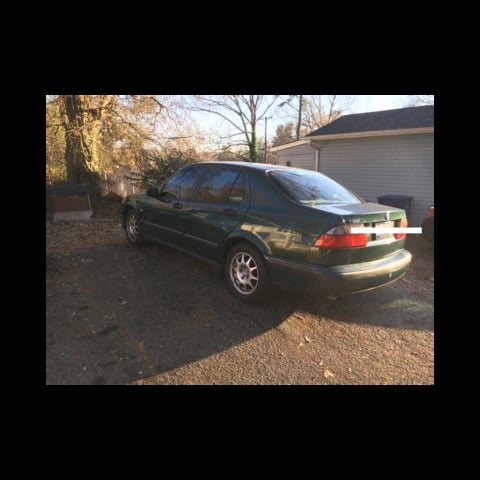 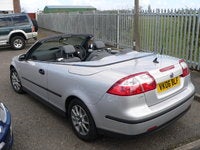 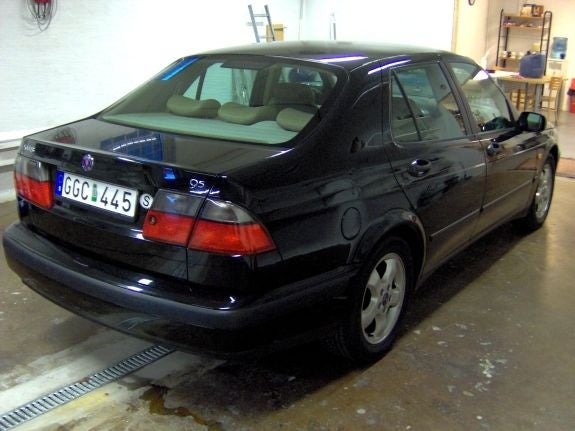 Saab's upscale 9-5 sedan entered its second year of production in 2000. A new Aero trim was added to the lineup this year, available in both sedan and wagon body styles. The Gary Fisher trim is new for the 9-5 wagon this year, and the SE style is now offered with a V-6 power plant.

The 9-5 model lineup includes four wagons and three sedans. The wagon is available in Base, SE, Aero and Gary Fisher trims. Sedan styles are the same, minus the Gary Fisher. Traction control and a sunroof are now standard on all variants.

There are two 9-5 engines; a 2.3 liter inline four and a 3.0 liter V-6. Both are turbocharged. The 2.3 liter inline four generates 230 horsepower and 258 pound-feet of torque. This engine is found under the hood of all non-SE models, and can be paired with either a five-speed manual or an optional four-speed automatic. Fuel economy is estimated at 20/28 mpg with the manual and 18/24 mpg with the automatic.

The SE sedans and wagons house a 3.0 liter turbocharged V-6-good for 200 horsepower and 229 pound-feet of torque. This engine is only available with a four-speed automatic transmission, and the EPA estimate is 18/26 mpg.

The 9-5 quickly won acclaim for its unique interior styling, which is intended to be reminiscent of a jet's cockpit. Owners have found the cabin to be spacious, ergonomically friendly, and luxurious. On the outside the 9-5 is not as striking, but the overall presentation is certainly sleek and aerodynamic enough. Drivers have expressed great satisfaction with the 9-5's handling and performance, but considerable turbo lag hurts the 0-60 mph sprint. Common complaints have been directed at the frequency and cost of service, the quality of dealer service and unreliable electronics.

What Is Causing The Check Engine Light To Come On

I have replaced the DI Cassette, Plugs and the Crankshaft sensor. I am still getting a CEL when RPM is above 2400. Any suggestions?

I Can Get The Car Into Gear, However It Does Not Respond. The Shift Goes I...

My Saab Cuts Out Then Wont Start, If Left For About 45 Min It Starts Again....

What is wrong with my saab, it cuts out when driving or sitting, it then wont start, if i leave the car for about 30 45 mins it will then start again, but when it cuts out again i have to go thru th...

NOISE NEAR BOOSTER BRAKE, Goes Away When I Press On The Brake

Lost Most Of Brake With Very Hard Pedal. Dealer Replaced Line Between Boost...