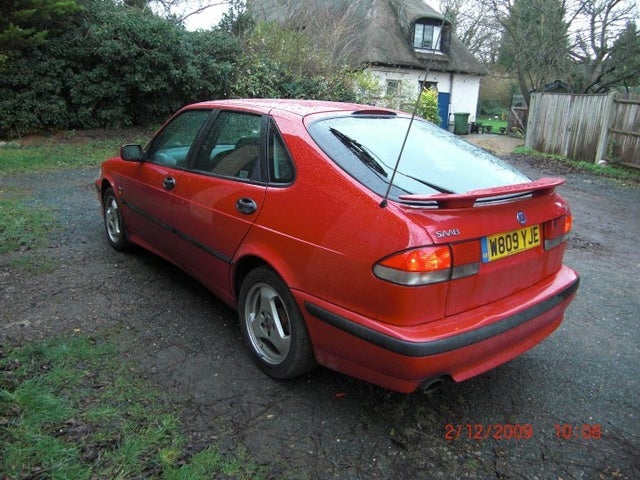 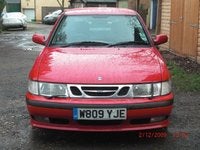 The Saab 9-3 entered its second year of production in 2000, continuing with three available body styles. The 9-3 replaced the long-running 900, and it is built upon the same platform as the Cadillac BLS.

The Saab 9-3 received several updates for 2000. Highlights included redesigned 15-inch alloy wheels on the base models, OnStar now optional across the board, and boosted power for the SE and Viggen models. The Viggen is also now available as a convertible and a sedan, in addition to the coupe.

There are eight variants of the 9-3: three convertibles, two coupes, and three sedans. The convertible and sedan are offered in Base (STD Turbo), SE HO, and Viggen styles. The coupe comes in Base and Viggen trims.

Base and SE styles house different variations of a turbocharged inline four engine. The Base model is supplied with 185 horsepower, while the SE's engine makes 205 hp. Either engine can be paired with a four-speed automatic or a five-speed manual transmission. Mixed driving fuel economy falls in the mid-20s (mpg) for both engines. Viggen models house a 2.3 liter inline four, which generates 230 horsepower and 258 pound-feet of torque. This power plant is only available with a five-speed manual transmission. All 9-3s are front-wheel drive.

Owners have expressed satisfaction for the 9-3's impressive combination of performance and fuel economy. Some drivers report highway fuel economy of almost 30 mpg. However, the overall 9-3 ownership experience has been marred by a variety of reliability problems. Common owner issues include electrical, water pump, turbo, and brake problems. Owners also warn that Saab service can be very costly. Awkward cup holder placement was also frequently cited as a feature in need of improvement.

Do I Need To Clean Out Oil Pan?

Why Is My Exhaust Smoking?

I drive a 2000 Saab 9-3 and when I drive with my new oil cap on it smokes out of the exhaust. I had broke my old one so I ordered the new one and just taped on the broken oil cap. When I drive wit...

Why Is My Power Steering So Stiff While Driving?

I put power steering fluid in my car but it still drives stiff afterwards....it literally did not help...what can it be?

How Can I Manually Bring The Top Down, Lower The Top Of A 9-3 Convertible. ...

Have a older sabb tgat runs briefly then stops. Not sure if its elevtrical or fuel issue. In order for it to start i have to jump it at the fuse box but it still only runs momentarily