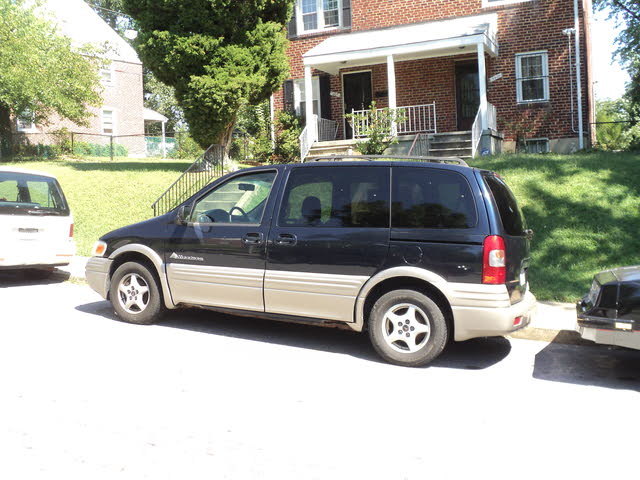 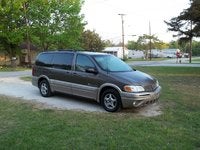 CarGurus has 34 nationwide Montana listings and the tools to find you a great deal. 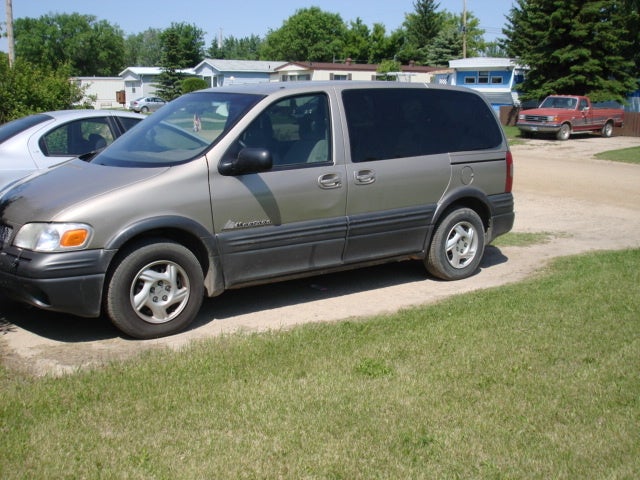 Minivans are a symbol of suburban conformity. Pontiac is GM's symbol of performance. Throw the two together and Pontiac hoped to create a minivan that conjured up images of outdoor adventure and vigorous activity rather than grocery bags and soccer balls. They even gave their minivan an SUV-like name-- Montana.
There were minor changes to the 2000 Pontiac Montana. The 3.4-liter, 185-hp V6 received some tweaks to improve fuel economy, reduce engine noise, and reduce emissions. Heated leather seats and reading lamps became an option, and the instrument panel was also slightly modified. Despite its SUV aspirations (foglights, two-tone exterior with body cladding) and obvious stylistic influences, the 2000 Montana is still a minivan and comes only with front-wheel drive.

Available in regular or extended versions, removable seats can be configured for up to eight passengers. Dual sliding doors are optional on regular minivans and standard on the extended, and a power passenger sliding door is optional. Other nice options include a video entertainment system (MontanaVision). Audio controls in the rear are standard and help appease sullen teenagers while keeping mom and dad's ears safe and sound. A pollen filter in the ventilation system and an air compressor in the cargo area are other innovative features.

Good handling, a peppy engine, and sporty looks help set the 2000 Montana apart from other minivans, say owners. The storage space and passenger room is functional, yet flexible. Most like the audio controls on the steering wheel, the power sliding door, and the air compressor. Complaints mention flimsy cupholders and numerous mechanical and electrical problems, with the main culprits being the power door, the intake manifold, and the transmission. Overall build quality has been a major disappointment.

What's your take on the 2000 Pontiac Montana?

holyblood1 Good van but all have all have same problems, head gaskets and trans problems, other then this it is a good vehicle.

Have you driven a 2000 Pontiac Montana?
Rank This Car

CarGurus has 34 nationwide Montana listings and the tools to find you a great deal.

How Much Is A 2000 Pontiac Montana Key Cost

How much is a replacement key cost

Is It Normal To Get A Warning Alarm When You Exit A 2000 Pontiac Montana?

We purchased this car as a first time car for a new driver. After jump starting the car, I noticed the overhead light was on and turned it off. I drove the car for about 20-30 minutes. The Securi...

I'm having problems with my van overheating but only when it's less than 60 degress. It was fine all summer but with our first cold night it said low coolant. It's going somewhere but we can't fin...

HI, I HAVE PONTIACE MONTANA 2000.ITS DOESNT START JUST CLICK SOUND .I TRIED BOOST BUT NO USE.ANY HELP WILL'BE GREAT. THANKS