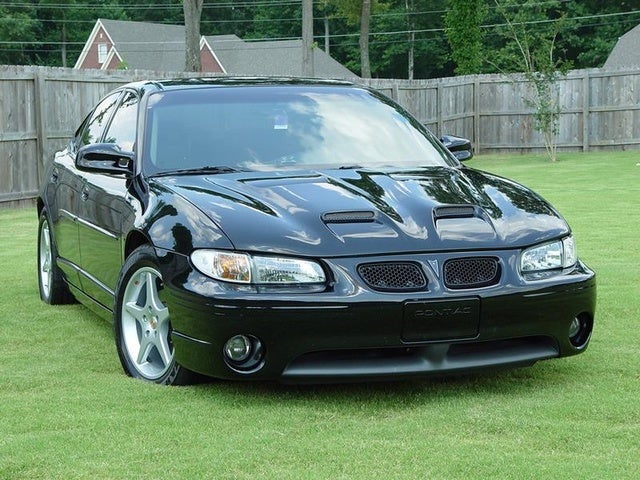 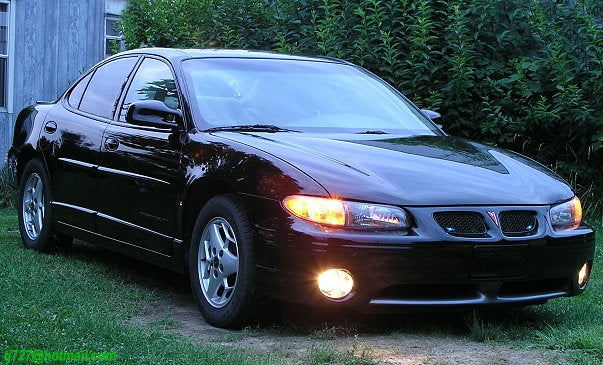 Engine upgrades highlight the changes to the 2000 Pontiac Grand Prix. A redesigned 3.1 V6 now gets 175-hp, and due to new intake and camshaft improvements, it rates better on emissions and creates less noise and shudder. This engine comes standard on the SE sedan, though the SE is most often sold as a fleet car. The more popular GT and GTP sedan and coupe feature the much more exciting 3.8-liter, 200-hp V6 (240-hp in the supercharged GTP). All come with a 4-speed automatic transmission. Other changes include a slightly restyled front end and a now standard anti-theft system.
A limited number of Daytona Race Car coupes were produced as part of the 2000 Grand Prix lineup. These featured a spoiler, dual hood scoops, 16-inch performance tires, and special badging.
The 3800 engine power is a favorite of 2000 Grand Prix drivers. It is fast, thrilling, and has a lot of kick you wouldn't expect in a heavy mid-sized car. Handling is the number one compliment, as it is both sporty, sure-footed, and feels like a smaller car. Acceleration is smooth and instant. Drivers like the interior space and all the optional touches, like the heads-up display and heated seats, and overall they think the Grand Prix packs in a lot of power and luxury at a much cheaper price (and insurance costs) than comparable cars. Negatives include a faulty window regulator, frequent squeaks and rattles, cheap plastic parts, the tendency for interior door panels to fall off, and problems with the electrics and transmission.

What's your take on the 2000 Pontiac Grand Prix?

Have you driven a 2000 Pontiac Grand Prix?
Rank This Car

found the bcm, i read on a conversation beween a mechanic and customer you can splice resistors in on 2 different sets of wires but couldnt tell exactly which ones he was saying. it looked like the ...

Will parts off a 2002 interchange onto a 2000 pontiac grand prix.. Also the interior like the seats and window motors and regulators and rims

What would the blue book value for a 2000 Pontiac Grand Prix Daytona 500 edition be?

Need Diagram Of Injector Wireso And Crank And Cam Sensors

195 views with 3 answers (last answer about a year ago)