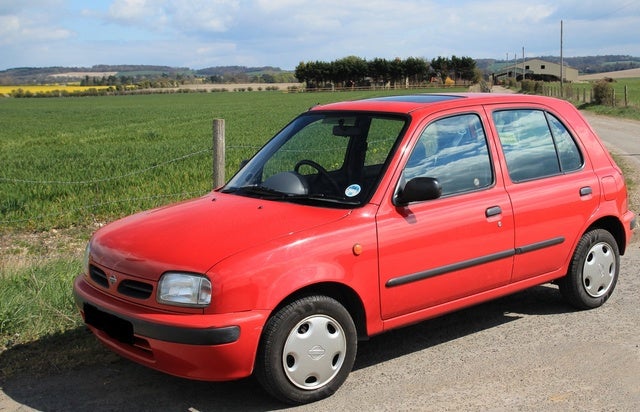 Have you driven a 2000 Nissan Micra?
Rank This Car

Fair deal, clean car, as described in the add. we purchased the car Read More

This is my wifes car - she wanted something girly, so this is what I bought. I do most of the driving and the 1.4 litre engine has about 97bhp. Fuel efficient, but I kept getting swallowed by trucks, ... Read More

My Ride By Danial

A good car to own.The car is having an awesome design that looks very impressive. The car as per my opinion is the best option to buy under hatchback segment. I gives a good competition to its rivals... Read More

My Fav! By Signe

My fav! Looks like a small car but don´t believe what you see ;) Lot of space, we have been travelling with 3 persons inside plus luggage without no problem. Read More