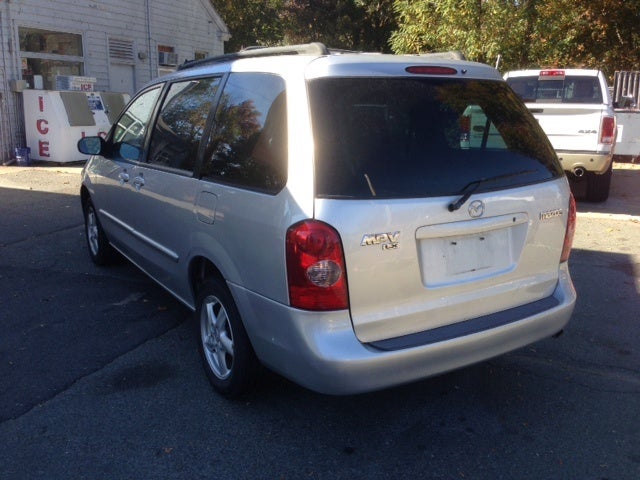 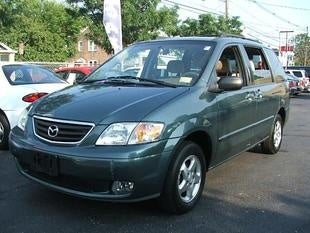 When the Mazda MPV returned to showrooms in 2000 after being absent for a year, it featured an all-new design, its first complete redesign since its introduction in 1989. The MPV was now a front-wheel-drive vehicle, after having been a rear-wheel-drive minivan throughout its production history. In addition, the previously hinged rear doors were replaced with sliding doors, with windows that rolled down, a first for minivans.
One other noticeable change -- four-wheel-drive was no longer an option. On the upside, the MPV received a new engine with a boost in power. The 2.5-liter V6 produced 170 horsepower, which may have quelled occassional complaints that previous versions of the MPV were underpowered.
The 2000 MPV was available in DX, LX, and ES trim packages. Standard features for the DX included power steering, power brakes, a tilt steering wheel, air conditioning, and an AM/FM stereo system with a CD player. The LX added power windows, power door locks, cruise control, and anti-lock brakes, while the ES added leather seats, power heated mirrors, a leather-wrapped steering wheel, a premium audio system, and a keyless entry system, among other options.
All versions included second-row seats that could be slid together to create a bench seat or removed altogether, as well as a third-row seat that could be folded into the floor. This last feature proved especially popular with drivers, who could leave the seat stowed away when hauling cargo or set it up to carry more people. Drivers also liked the redesigned MPV's styling, interior appointments, sound system, comfort, and functional design. As far as build quality was concerned, drivers were mixed in their opinions, with some reporting few problems with their vehicles and others reporting having frequent problems requiring repair.

Have you driven a 2000 Mazda MPV?
Rank This Car

How Do I Do A Compression Test

How do I do a compression test

What Can Be Causing My Minivan To Overheat?

2000 Mazda mpv... While in park for no matter how long my tempgage stays in the middle but within 10 minutes of driving the need shoots high... No leaks are seen on the ground. What can be causing ...

My Mazada Mpv Lx 2000 Van Is Still Overheating After I Change The Water Pum...

My mazda is still overheating after I change the water pump

I just got a 2000 mpv, the engine light was flashing when I got it and also the od light flashs. There were 5 codes and the 3 I remember were random misfire, misfire on 5 and o2 sensor. The car run...