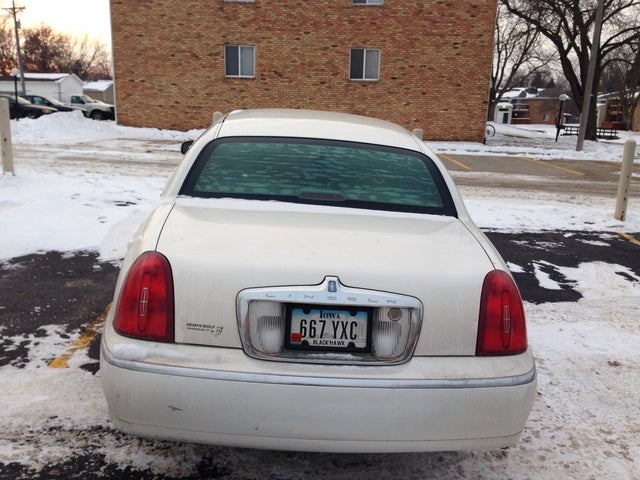 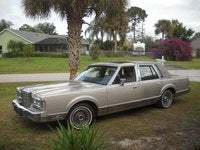 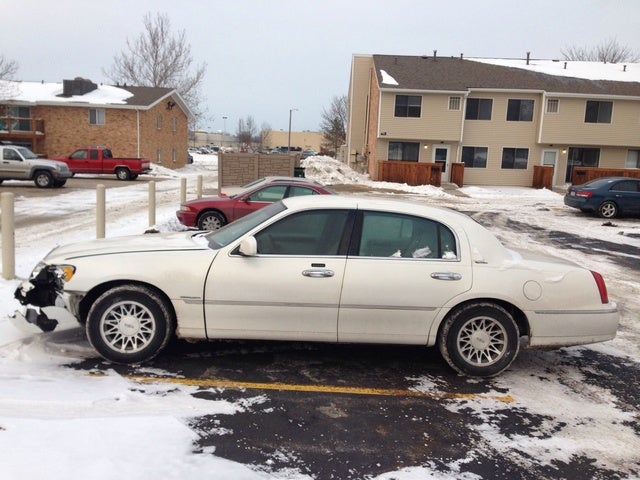 As Lincoln's flagship automobile, the Town Car offers a lot more than merely comfortable (and leather-upholstered, of course) seating for six. Its plushness and respectable appearance have made it the top choice for personal and fleet vehicles alike, especially among those who look down their noses at anything with front-wheel drive.

The 2000 edition came in three trim levels, Signature, Cartier, and Executive, the latter two of which were made in standard length as well as L (six inches longer than the standard). The Executive level was sold primarily as a fleet car, and like its cousin the Mercury Grand Marquis it was quite popular in that capacity.

A 4.6-liter, 205-horsepower V8 was the default engine on the 2000 Town Car, but the Cartier trims received a stronger edition that supplied 15 more horses and was paired with a dual exhaust. That set-up was made available as an option on the Signature trims as part of Lincoln's Touring Sedan package. Both engines were rated at 18 mpg city and 25 highway.

Not a lot of changes were made for this particular model year, but the ones that did come about dealt with safety: side-impact airbags, a seat-belt reminder chime, and emergency trunk release were added, as were backseat anchors for child seats - a good thing for the many grandparents who bought Town Cars that year. All 2000 models also came with antilock brakes and traction control; stability control was not available.

As mentioned earlier, the seats in the '02 Town Car are nothing if not comfortable. The front ones were given power-adjustable capability with lumbar support and memory function, to easily accommodate couples who'd alternately drive it. Ample interior space and a large, deep trunk made it a grand choice for road trip, as did the improved aerodynamics and steering system as well as the smooth-riding transmission and updated twin-tube suspension. As if all that weren't enough, this car was built to be quiet, and it certainly is, thanks to a thicker windshield and more drag-efficient design on the body and side mirrors.

Common complaints among the upscale crowd who purchased this car concerned the amount of plastic in its construction, especially with the bumpers. But plastic is everywhere, and its lighter weight helps to improve fuel efficiency; it hasn't gone away and it will not. In addition, several tall people also called for more front legroom and a bit more headroom.

Nevertheless, most Town Car owners praised it for its style, handling, and comfort on long drives. It also got specific nods for its braking and general reliability. These happy reviewers also seemed to share a sense of American pride in driving a big, rear-wheel drive sedan that was built under the Stars and Stripes.

armiebliss i have driven and owned a 2000 lincoln,it was a great ride and good on gas,i sold it after a year and bought a 2002 town car 9 years ago and still have it,and it still looks in showroom condition i love the style and comfort

Have you driven a 2000 Lincoln Town Car?
Rank This Car

What Causes Car System To Go Black And Shut Down Engine When Trying To Star...

2000 Towncar A/C Blower Sticking. Comes On Sometimes. When It Doesn't, Some...

Sometimes A/C blower works, sometime not. When not, driving over a bump, giving the car a big JOLT restarts the blower again!??? Any thoughts?

I have a 2000 Lincoln Town car and it seems as though a fuel pump has gone out. Also the back end is very low to the ground as if my air suspension is not working anymore. What kind of fuel pump w...