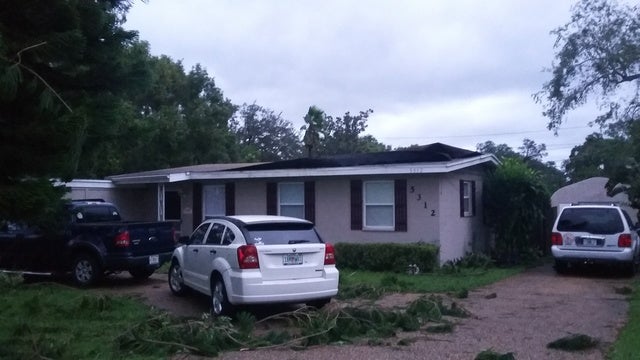 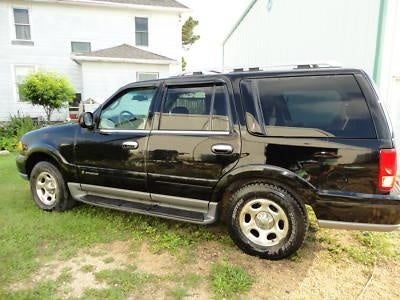 The hefty and popular 2000 Navigator was built on the same platform as the Ford F-150. Components repeated from the F-150 were the frame and some elements of the suspension and general mechanics.

Providing the power for this model year was a 32-valve, 5.4-liter V8. It put out 300 horsepower and 360 lb.-ft. of torque, making it a more than capable tower, although many critics felt that those numbers should have been higher (and it's hard to disagree). This engine was paired with a 4-speed automatic transmission with overdrive, and 4-wheel antilock disc brakes were there to bring it all to a stop.

The huge vehicle affords the driver fine visibility, and its huge size belies how easy it is to handle. Speed-sensitive power steering helps, as does the rear park-assist. The other thing that is speed-sensitive is the volume control on the Alpine audio system.

Some people consider the Navigator to be a very plush version of the Ford Expedition, which was also built on the F-150 platform, but in truth each had clear individuality. The windows and roof panels were really the only components on those vehicles' 2000 models that were the same. Furthermore, the 2000 Navigator's ride was definitely softer, and its warranty was more generous.

The 2000 Navigator saw some new standard equipment: side-impact air bags and a driver's-side assist handle, plus leather covering for the console between the second row's two bucket seats. The LATCH system was added to the third row, a removable bench seat that can seat three. New body cladding in the form of bright sill plates above larger running boards was added and 17-inch wheels were made standard.

Power-adjustable pedals with a three-inch range came standard, and a two-position memory function was included. Other useful amenities included the automatic parking brake release and front-seat power-lumbar adjustment, a necessity for back support on long trips.

Additional improvements included more interior wood, a couple more cup holders, and upgraded leather for the seats; in a streamlining of the appearance, the external antenna was integrated into the rear-quarter glass on the passenger side (it was previously on the front fender).

Inside the Navigator, lighted window controls provided a fine touch, and the elegant, curved dashboard and the interior door panels were covered in soft-touch material; nevertheless, some reviewers (professional and otherwise) considered this material to be on the cheesy side, at least compared to the stuff used by foreign-branded competitors.

New options this model year consisted of a satellite-based navigation system, climate-controlled (heated and cooled) perforated leather front seats, power folding side mirrors with integrated turn indicators, a Homelink universal transmitter, and a park-assist system - a must for such a behemoth.

The 2000 Navigator came in two trims, the 2WD and the 4WD. Those with the four-wheel drive option (about $4000 more on the MSRP) came with low-range gearing and Control-Trac, which controls the distribution of torque between the axles to maintain optimum traction.

Reviewers and owners alike had their lists of criticized points with this vehicle. The obvious one was fuel economy, which hovers around 12 mpg in the city and 16 on the highway. More than one owner of the 2000 Navigator reported electrical problems, and another claimed that his SUV's paint faded within one year of purchase. On a smaller complaint, the switches for climate-controlled seats are apparently a bit difficult to reach, as they are located on the side of the seat.

Perhaps it's better to focus on the positive, and those characteristics would be the generous interior space, luxurious comfort, an attention-getting appearance (the front view gets the most mention), good handling and braking, and usefulness for towing.

What's your take on the 2000 Lincoln Navigator?

Have you driven a 2000 Lincoln Navigator?
Rank This Car

Reset Display On Miles To Go

How to reset the Display (when a new battery was just put in) on Miles to go (it now reads 430 miles to go before empty?

I purchased 2000 Lincoln navigator from a individual and the car needed a timing chains replaced. I replaced chains and now i get a code P1260 PATs and the theft light blinks and the car will not s...

Why Wont My Navigator Start?

I have a 2000 Lincoln navigator with a 5.4L V8. On way home it died on me and won't start. It will just turn over and does not try to fire at all. And when it turns over it makes a weird high pitch ...

Does Anyone Know What The Name Is For The Plastic End Caps On The Leather D...

Over the years the pastic end caps on the leather door handles near the windows have fallen off. I have tried to search for them online but have been unable to even figure out what they are called....

My 2000 lincoln navigator has coils instead of factory air bags. What is best way to lower and how much 2" in front 3" in back?? Any help would be greatly appreciated