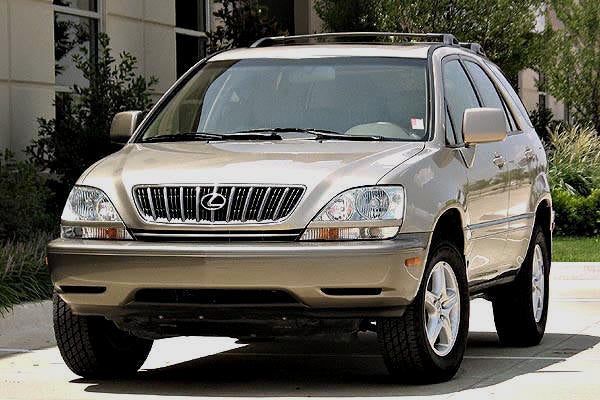 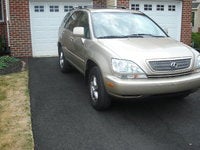 This was the second model year for the RX 300, Lexus's car-based luxury SUV. By 2000, the RX 300 accounted for one half of all Lexus sold in the United States. Drivers were pleased that many of the negatives often attributed to SUVs and trucks were absent from the RX. Then again, so were many of the benefits.

Despite the addition of a new exterior color, the RX remains unchanged from 1999. The 3.0 Liter V-6 provides 220 hp and 222 lb.-ft. of torque. Gas mileage was 19/24 for the front wheel model and 18/22 for the AWD. The RX seats five and offers as much additional storage space as a Jeep Grand Cherokee. Since Lexus estimated that just 7% of RX buyers will venture off-road, the full time AWD continued to be optional. Ground clearance was bumped up 1/5 of an inch.

RX reviews for 2000 were a mixed bag. Some loved what others hated. The most common rave was the smooth and quiet ride that Lexus is known for. The RX's unibody construction provides a cushioned ride which was quite unexpected from an SUV. Frequent complaints were unfriendly ergonomics, including an awkward display screen disproportionately large for its functionality. The discovery that the RX is much more of a car was upsetting to many drivers expecting an SUV.

Michael Runs great except for short in wiring instead of buying battery every month!! Good vehicle.

Im Thinking About Buying An Rx300 With High Miles....

this car has been maintained and in great aesthetic condition. The only real problem is it has 193,000 miles. Ive never owned a car that has high miles before but Im pregnant and have to upgrade to a...

Transmission Not Shifting To Overdrive

Can Wire To Fuel Injection Come Loose By Itself?

$220.00 later my mechanic says it was a loose wire to fuel injection. Invoice says Tighten ECM Ground. Replace FI relay. Does this really happen by itself? Or am I paying for some mechanics mistake?