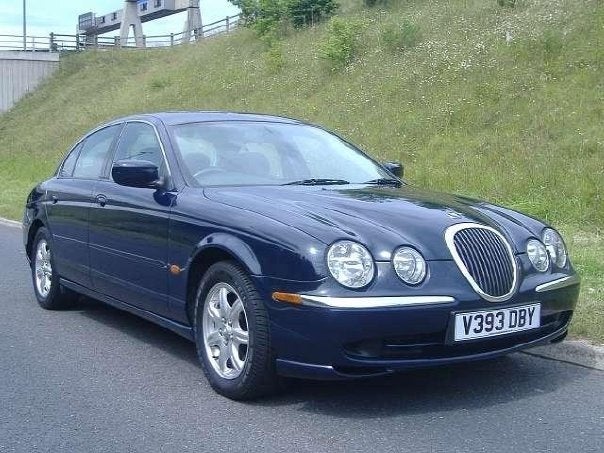 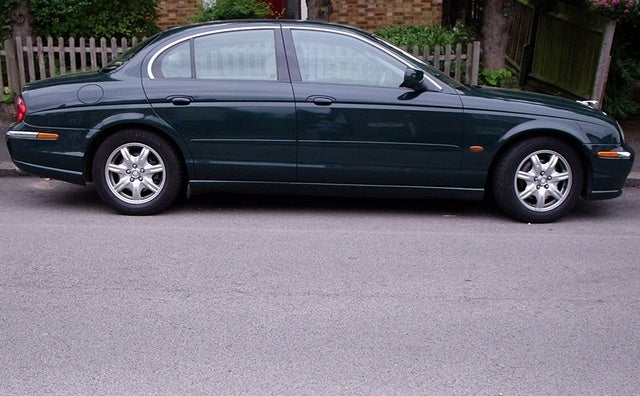 The mid-size S-Type sedan joined the Jaguar lineup in 2000, providing a less expensive alternative to the full-size XJ Series. The S-Type was build upon the Ford's Lincoln LS platform, and borrowed many styling cues from the 1960s model which shared its name. The headlight and grille design pay tribute to the Jaguar designs of years past, but the new sedan is largely Ford-engineered.

Two S-Type styles were offered for this introductory year: a 3.0 liter sedan and a 4.0 liter sedan. The entry-level model is powered by a 3.0 liter V-6, which delivers 240 horsepower and 221 pound-feet of torque. A more powerful 4.0 liter V-8 is also available, supplying 282 horsepower and 287 pound-feet of torque. Fuel economy is estimated at 17/23 mpg for the V-8 and 18/26 mpg for the V-6. On both models, the power is routed to the rear wheels through a five-speed automatic transmission.

Originally, the two S-Type choices were separated by about $3000 in price, and were similarly equipped. For used shoppers today, there is an average dealer retail difference of less than $300 separating the two, making the 4.0 liter sedan a much better value for performance-minded drivers. The 4.0 adds memory functions for the power front seats and an electro-chromatic rear view mirror.

The S-Type design, while inspired by classic Jaguar styling, is certainly a departure from the British marque's typical offerings over the last two decades. However, many owners claimed that exterior styling, coupled with the lower price, was a primary reason for buying this unique new sedan. Reviewers were critical of the S-Type, pointing out that Ford's influence was quite noticeable on the interior styling and overall mechanics. Unfortunately, the S-Type is also subject to Jaguar's reliability problems. Common owner issues include engine trouble, fluid leaks, electrical problems, the cost of parts and service, and some lower quality interior materials.

abcdlife interior lighting does not work

Have you driven a 2000 Jaguar S-TYPE?
Rank This Car

replaced battery a couple months ago, because the car would not start. sat in garage for a while, now cranks but will not start. tried total reset by disconnecting battery and holding + and - cables t...

Hello dear Any one you know about ac low pressure switch for jaguar s type 2000 3.0 v6 Where is located at Please let me know thanks again

I needs clips to attach back bumper securely to car, which do I buy? Also, the side of car is missing the lower portion long plastic piece on passenger side, what is that called and how much would...

I'm at a loss here. My 2000 jag s-type, 3.0 cranks but won't start. It's been sitting for over 6 mos in my garage while I was away on army reserve duty. Battery was dead so I charged it but still wo...

my alarm lights keep flashing on and off, i remove my key from the ignition and my car keeps running..

271 views with 3 answers (last answer about a year ago)