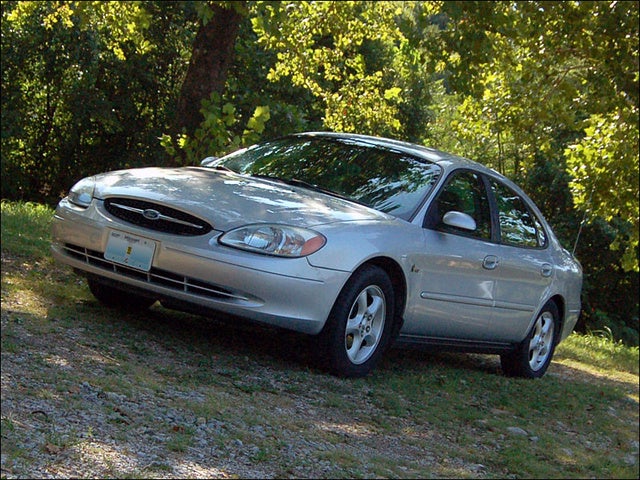 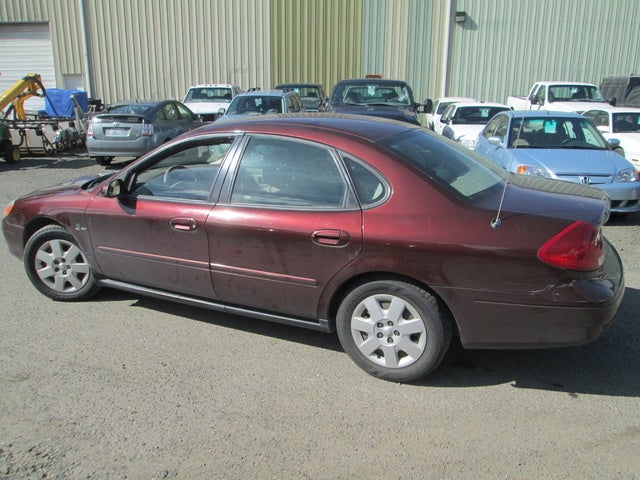 As a complete restyle of Ford's best-selling car, the 2000 Ford Taurus made quite an impact on the marketplace. The car's new look, more angular than the egg-shaped Taurus of the '90s, provided much-needed headroom and cargo space. Still, the overall shape of the 2000 Taurus remained sleek and streamlined.

An interior redesign also freshened the Taurus's appeal. Facing competition from midsize imports like the Honda Accord and the Nissan Altima, Ford decided to go a bit more upscale with the Taurus cabin. And it worked: The '00 Taurus definitely has more of a luxury feel than most of the sedans at its price point.

The '00 Ford Taurus was powered by a 155-horsepower V6 engine. Both sedan and wagon body styles were offered, and four trims were available: the bare-bones LX, the higher-end SE, the SEL, and the SES.

allngrav I think if it had better designs to make it easier to work on the Taurus It would be a fine car. Oh yeah pick it up off the highway I feel like I'm driving a go kart. I think one of your mechanics should come out to your house and change the plugs for free. There are other horrifying designs on it also, inside the tank fuel pump. That's just to name two. Whoever designed this one should have to work on this vehicle everyday. Sorry pal I could have done a better job on the design. Who designs these things now for Ford? I don't think ole Henry would approve some of this crap. Whatever happened to quality is job one? Bring it back.

Users ranked 2000 Ford Taurus against other cars which they drove/owned. Each ranking was based on 9 categories. Here is the summary of top rankings.

Have you driven a 2000 Ford Taurus?
Rank This Car

fuel gauge not working,always reads empty,wondering if there might be a fuse

I was driving and the temp gauge was below cold and it started making a ticking noise and it got louder and and it lost compression and then the temp went to hot and it died and smke was boiling ...

I have a 2000 Ford Taurus ohv. The car is reading codes that both banks are too rich and that there's a secondary fuel pump circuit issue. However, while in drive while accelerating from a stop, th...

I want to remove the catalytic converters prior to selling this car for scrap. How many are there on this model and locations would be appreciated. Thanks in advance!