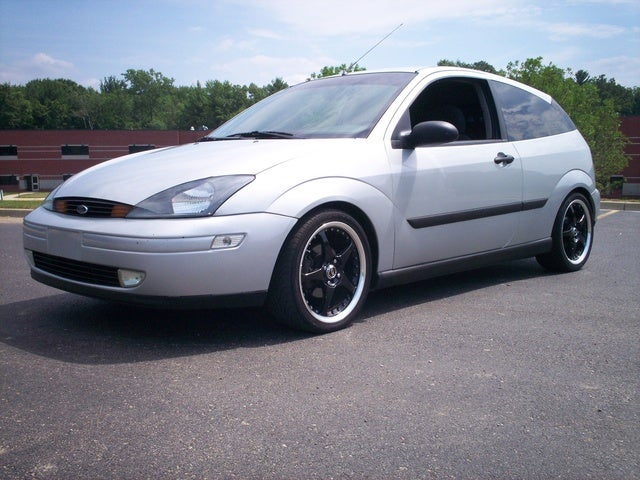 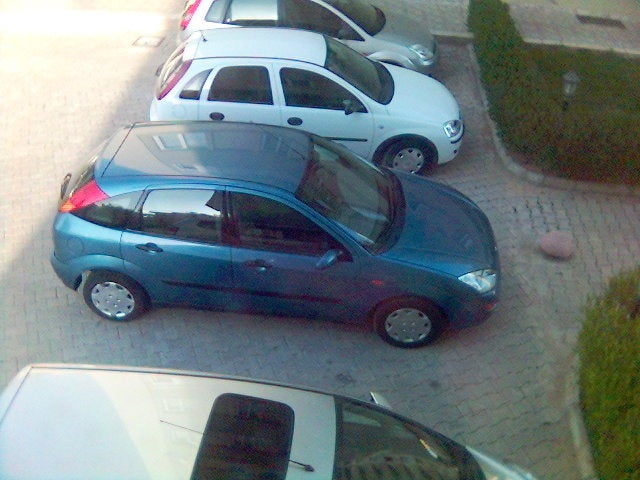 The 2000 Ford Focus was a heavily marketed attempt by the automaker to bring some of the phenomenal European success of its compact family cars back to America. The 1999 European version of the Focus was named the continentÃ¢Â€Â™s Ã¢Â€ÂœCar of the YearÃ¢Â€Â; its styling and features drew on those of popular models like the Ford Ka, a market mainstay in the UK and Europe.

Ford introduced the 2000 Focus in North America as a replacement for its Escort line, and accompanied the launch with a media splash. In the US and Canada, though, the 2000 Focus had something of a bumpy start. With a buying public seduced by SUVs, this line of smallish sedans, wagons, and hatchbacks had trouble gaining traction in the North American market.

Basic trims available were a four-door sedan and a four-door wagon; a four-door "Sony Limited" sedan offered high-end audio equipment, while a two-door ZX3 hatchback and a four-door ZTS sedan relied on an upgraded engine and some luxury features to distinguish itself from the entry-level vehicles in the line.

The engine, a 110-horsepower, 2.0 liter four-cylinder model, didn't wow the public; the ZX3 and ZTS engine, which had dual overhead camshafts and put out 130 horsepower and 135 ft/lbft of torque, drew more guarded praise. To today's buyers, though, the fuel efficiency of the 2000 Ford Focus (from 28-33 mpg city, 23-26 mpg highway, depending on model) may be ample compensation for its less-than-impressive power.

Most reviewers found that the Focus handled well, if a little stiffly, with ample power for everyday highway and city driving. The Focus didn't stand out, though, in a market with plenty of other choices for basic family transportation.

Users ranked 2000 Ford Focus against other cars which they drove/owned. Each ranking was based on 9 categories. Here is the summary of top rankings.

Have you driven a 2000 Ford Focus?
Rank This Car

I have 2000 focus with zetec engine dohc. I am replacing heater core but forgot to note the hose connections. One hose connects from the heater core to the coolant pipe mounted on of the radiator. T...

The Car Starts Up But I Cant Get It Out Of Park The Button On The Shifter W...

Hello, I am a new member and in need of some tips/advice.. I have a 2000 ford focus ZX3 with 165K miles, perfect engine, but the transmission is giving me trouble. It is not shifting like it should. h...

Where can I get an axle seal for my 2000 Ford focus 2.0 SE it's manual the seal was bad so I had to take it out and I can't find any auto parts store that has the part where I can get it going tod...