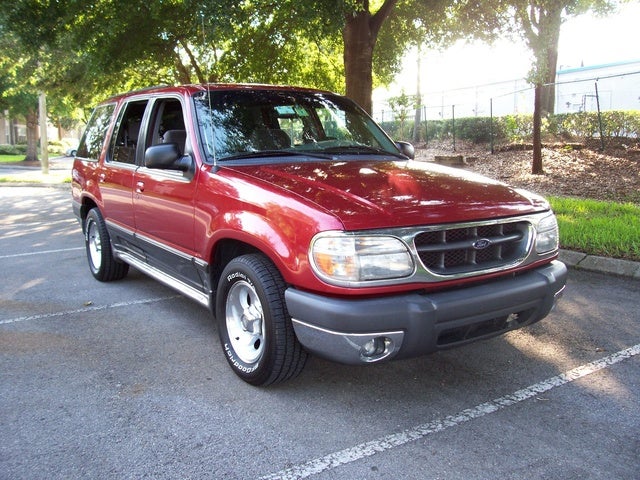 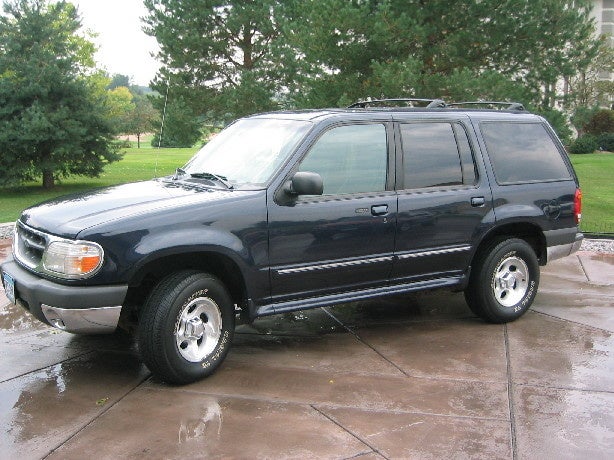 No great changes were made to the 2000 Ford Explorer; after the previous year's exterior redesign, Ford looked at its big-shouldered sport-utility vehicle and found it good. Its impressive cargo capacity (81.6 cubic feet for the four-door models) and solid roadworthiness made it the SUV of choice for hundreds of thousands of buyers.

That said, there was plenty of performance to be found in the Explorer, if that's what you were looking for. Rack-and-pinion steering and (optional) all-wheel drive made the Explorer more agile than many of its competitors. Its all-wheel and four-wheel options gave it the ability to go off-road with ease, even if most of the Explorers out there never got out of the suburbs.

Trim choices for the 2000 Explorer were the two-door Sport trim, and the four-door XL, XLS, XLT, Eddie Bauer, and Limited. Engine offerings included a 5.0 liter V-8 engine with a 215-horsepower output, a 4.0 liter single overhead cam V-6 clocking at 205 horsepower, and the base 4.0 liter V-6 which put out 160 horsepower.

Users ranked 2000 Ford Explorer against other cars which they drove/owned. Each ranking was based on 9 categories. Here is the summary of top rankings.

Have you driven a 2000 Ford Explorer?
Rank This Car

What Year Vehicles Interchange With An 2000 Ford Explorer Alternator

It Will Start Fine But It Will Only Run A Few Minutes Then Quits Like Its R...

Does The Rear Window On My 2000 Ford Explorer Open Independently From The H...

Why Does My 00 Explorer Has Have No Horn Or Windows

No horn or windows