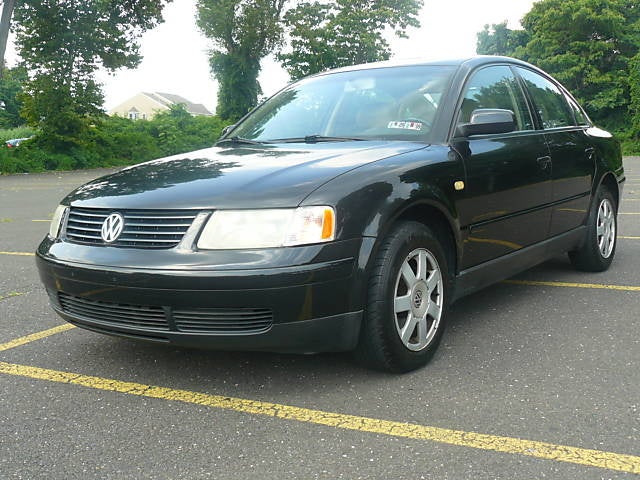 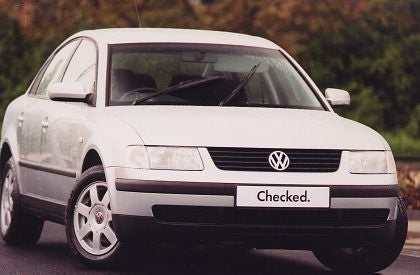 After an extensive redesign the year before, the Volkswagen Passat received minimal upgrades for 1999. VW had planned to offer the Passat with an optional all-wheel-drive system, as well as a wagon with a V6 engine, but neither made it to showrooms for the '99 model year. What did show up were Passats with two trim levels and two engine options.

Trim packages were the entry-level GLS and the higher-end GLX. Standard features on the GLS included air conditioning, power windows, power door locks, anti-lock brakes, traction control, cruise control, front and side airbags for the driver and passenger, a keyless entry system, and an anti-theft alarm system. The GLX added a sunroof and leather seats (power in the front) as standard equipment, among other features.

The two engine options included a 1.8-liter, 150-hp turbocharged 4-cylinder, which was available only with the GLS trim package, and a 2.8-liter, 190-hp V6, which was dropped into both the GLS and GLX versions. A five-speed manual transmission was standard in the GLS, with a five-speed automatic available as an option; the automatic transmission was standard on the GLX package.

Drivers and reviewers were complimentary of the Passat's styling, as well as the fact that it borrowed many of its elements from the higher-end Audi, which also is owned by VW. Also noted as positive points by drivers were the car's affordability, safety features, power, and roominess. Quality was still a concern for some drivers, though, who noted both minor and major problems that required sometimes-expensive trips to the repair shop.

What's your take on the 1999 Volkswagen Passat?

Passat1106 I changed my gear box oil and filter recently with the original Gear box transmission Oil recommended. The car however does not have a smooth transmission ever since. The mechanic attributed this to air lock and guaranteed that it would work just fine after the air lock clears. It hasnt cleared for about 2 months now. A few people told me the engine should have been on in the process of changing this oil of which it wasnt. Ne 1 with some suggestions? Thanks.

Have you driven a 1999 Volkswagen Passat?
Rank This Car

My Passat 1.8t Died On The Freeway, No Noise, Just Shut Off

When driving down the freeway (luckily in the far right lane!) my car just shut off and went slowly to a stop. (Again luckily I could get to the shoulder) tried to start it and it just spun the st...

i have a 99 passat at what point should i start caonsidering getting rid of it? i just hit 100k and want to know typically how long should the car last and how much longer i can get out of it???

The guys 4 all the help! Got a radio from the junk yard got it home and surprise got the safe mode. After reading all the tips went back to the same car looked in the trunk. Got lucky found a stic...

No Power Lock Or Power Windows But Dash Lights Come On

I have a 1999 Volkswagen Passat it started one morning then I shut it off and went to leave and it would not crank over. Dash lights come on but no power to the windows or power lock. Charged the ...

206 views with 4 answers (last answer about a year ago)

Is there a release button for trunk inside the car? The key or the latch in the trunk won’t open