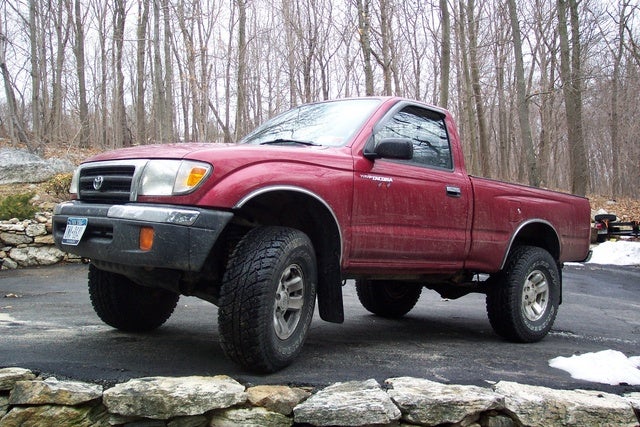 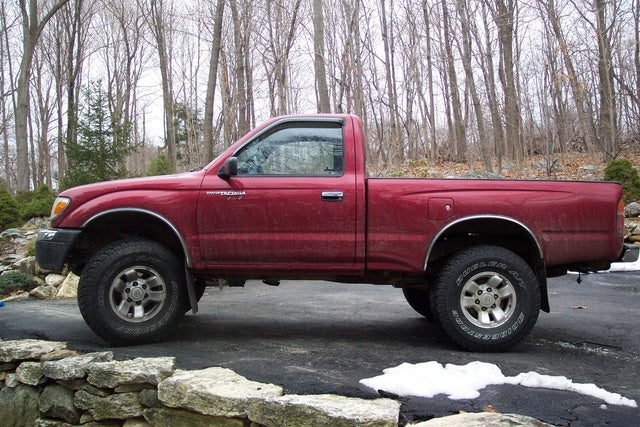 The 1999 Toyota Tacoma stayed largely unchanged for the model year, with the exception of some new option packages and color choices.

Drivers like the 1999 Toyota Tacoma because of its compact size, Toyota reliability, and excellent off-road capability. The PreRunner, which is higher off the ground than the other 2WDs, is especially popular. Some drivers also complain that the ride can be bumpy and that the extended cab seating is very cramped.

Fred Is this truck still available? if so, when can I come to look at it? Also where are you located? Fred

Have you driven a 1999 Toyota Tacoma?
Rank This Car

Purging Air Out Of Fuel Line

I replaced my injectors got it all back together and I can not figure out how to get the air out of the lines. I haven't been able to find a valve to let the air out. Anybody know if there is one,...

Truck Cranks For Ever

My 1999 tacoma, 45,000 miles, has a problem in 3rd gear. When shifting from 2nd to third the transmission pops out of 3rd. If the shifter is held in third it will only stay in gear as long as it is...