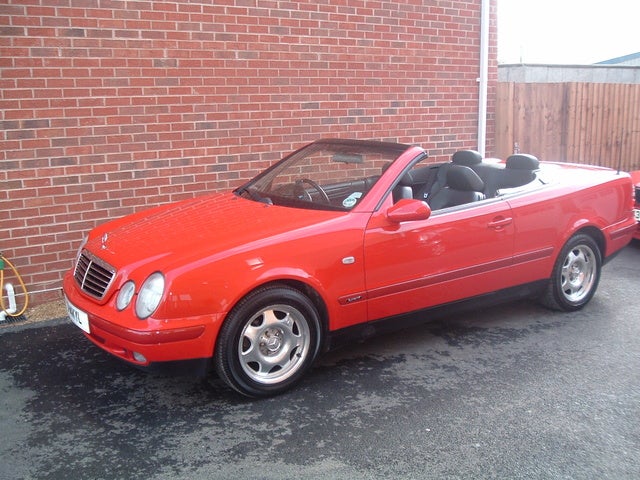 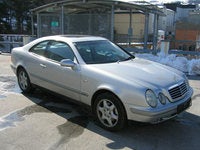 Average user score
4.5 ⁄ 5 stars
Based on
by Andrew — I got this car from my dad who bought the car new. I love this car. It has 218,000 miles on it and still runs perfectly. It's only a V-6, so it's not the fastest thing on the road, but for what it ...
by Matthew — i really like this car. its pretty fast and it also has really good speakers for just a stock car. i havnt fully tested it out yet but it seems like a good solid car. i like how it looks and i just th...
Have you driven a 1999 Mercedes-Benz CLK-Class?
Rank This Car

Driver seat not working. Fuses are ok. When I take main fuse out (effectively cutting the power to the seats) then put it back in, the seat will move but when you let go of the button, it will not w...

What Would Cause The Top Not To Go Down?

The latch releases and the boot raises, but the top won't fold and go into the boot.

650 views with 2 answers (last answer about a month ago)

9 views with 3 answers (last answer 3 months ago)
Have you driven a 1999 Mercedes-Benz CLK-Class?
Rank This Car

Best Car I Have Owned! By JoeMillican

Mercedes really does build a very nice car. It looks great and very comfortable and exciting to drive. I loved driving it on the winding hilly roads with the top down, if your a convertible fan then t... Read More

It Is A Great Car, It Manages Very Nicely, Its Quiet, No Exterior Noise.extremely Comfortable. By pearlharbor5000

The thing I did not like about this car is when the tire sensor came on, which meant that one or more tires was low on air, so one has to be precise on the amount of air in the tires. It is a nice... Read More

I love this car best out all models Ive seen. Read More

An Affordable Dream Car. By Luger

Love the comfort, the good visibility, the response. It handles like a sports car, but feels like a luxury sedan. Definitely a car I can enjoy for many years to come. Only problem will be keeping ... Read More

Unique And Memorable By HaroldG

draws oohs and ahhhhs from everyone, a driver's car, seats four, unsurpassed surround sound, near new chromes are beautiful and attention grabbing, only an average of 5500 miles per year on the speedo... Read More

This car is awesome. It looks good, runs awesome and with 68000 miles, still runs like it did in 2005 when I purchased it. With the exception of scheduled maintenance and 2 sets of tires, this vehic... Read More

It's A Machine. Not A Car. By sjmnt

Very solid. Very. Not too smart to run the wiring thru the floor board. Heavy duty mats and you'll be fine. Lifters seem to be an issue around 100k mi with this particular engine. Dunno if its due to ... Read More

A Beauty To Behold With Power To Spare, By ECMC

I've owned my CLK since October of 2014. Not long after my purchase while driving on the freeway I encountered a bump at approximately 60 mph which placed my car airborne for a second or two, when it ... Read More