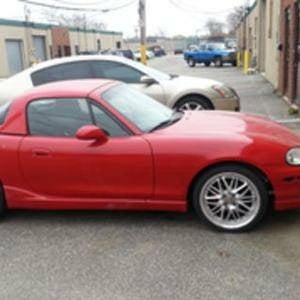 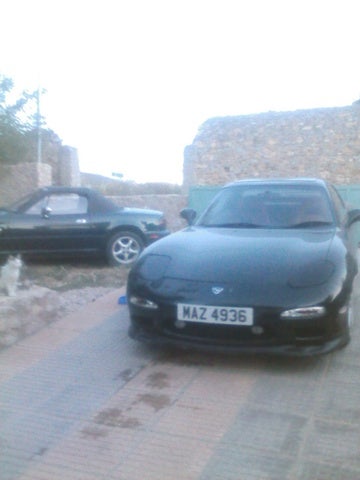 After nearly 10 years in production, the Mazda MX-5 Miata received a redesign in 1999. The two-seat convertible's styling was freshened up, with new flush headlights replacing the previous year's flip-up lights. However, the basic shape, size, handling, and sportiness of the MX-5 Miata changed little, which was good news for fans of the roadster.
In addition to fresh styling, the MX-5 Miata received a small bump in power. Its 1.8-liter, four-cylinder engine produced 140 horsepower, up 7 horsepower from the previous year. A five-speed manual transmission was standard, while a four-speed automatic was optional.
A CD player was added to the list of standard features for the Base model of the MX-5 Miata. Other standard features included a manually operated soft top, power brakes, dual front airbags, remote fuel and trunk releases, and 14-inch wheels. Options included air conditioning, power windows, power door locks, and leather seats. A racing-oriented Sports Package was also optional.
A special 10th Anniversary Edition included power windows, power door locks, cruise control, alloy wheels, a premium Bose audio system, a rear spoiler, and leather seats as standard equipment.
Overall, drivers reported very few mechanical problems with their MX-5 Miatas, and cited the roadster's tight suspension, responsive handling, reliability, and build quality as among its positive points. On the downside, some noted a lack of room in the compartment, and other drivers expressed a desire for a bit more power in their Miatas.

migration_CguckGap Great car on a perfect day. Have turbo, bigger wheels, real roll bar and other modifications that add to its luster.

Why Do You Allow False Advertising ?

You have two Miatas on your website labeled as 10th Year Anniversary Models which both are not. I've called you about one of these and it is still not corrected. Why do you allow false/incorrect adv...

The Torque Specs When Changing The Spark Plugs

Whats rims are these?