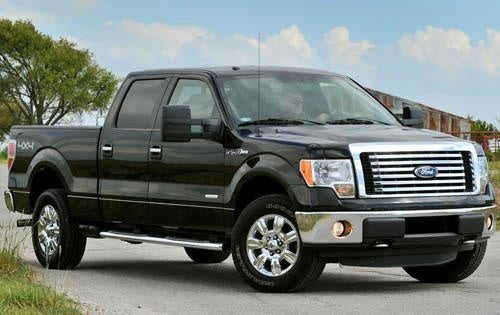 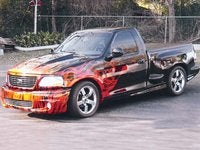 The 1999 Ford F-150 SVT Lightning made a triumphant return to the performance truck market after a five-year absence. The 99 Ford F150 SVT Lightning featured the sporty styling and lower, easy-handling ride of its predecessors, along with a plush interior full of goodies.

Engine power was the key to the cult following enjoyed by the Lightning's earlier incarnation, and the 1999 Ford F150 SVT Lightning did not disappoint. Under the hood, buyers found a 5.4 supercharged Triton V8 that put out a massive 360 horsepower and 440 ft/lbf of torque.

The 99 Ford F-150 SVT Lightning, like earlier models, was offered with automatic transmission only, and only in a 2-door standard cab short bed model. Buyers had a choice of three colors: red, black, and white. Despite a limited production run, the 1999 Lightning made a real splash in the automotive community.

Can I Offer My Lightning And Cobra As A Package For One Price.

So I want to buy this vehicle from a private owner that's secured and he is 900 miles away and car gurus offers financing. Can I get it financed and shipped? Through car gurus?