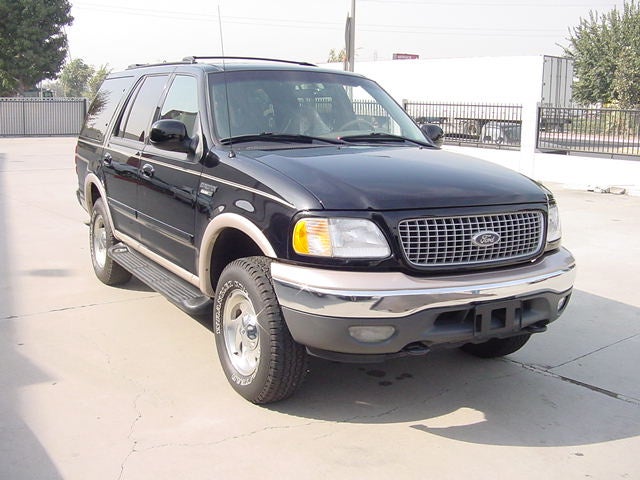 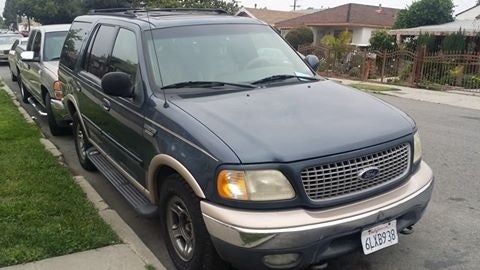 Once again, the 1999 Ford Expedition attracted buyers faster than Ford could get the vehicles off the line. The full-size SUV proved tremendously popular, and there was very little tinkering with the successful formula for the 1999 model year.

As in previous years, two trim levels were available for the '99 Expedition: XLT and Eddie Bauer. Even though the XLT was the entry-level model, it still shipped with plenty of snazzy features as part of its standard equipment (power everything, fog lights, separate heat/cool controls for front and back, and various other goodies). The Eddie Bauer trimline offered rugged luxury as part of its basic package, including leather upholstery, captain's-chair seats, and high-end interior detailing.

Why was the '99 Ford Expedition so popular? At 17 feet long, it actually fit into garages, parking spaces, and the like with greater ease than other full-size sport-utility vehicles like the bulky Dodge Durango. Drivers and reviewers alike praised its relative agility. And people looking for roomy interiors and big cargo space found what they sought in the 1999 Expedition, which seats 7 adults (9 with optional third-row seating), and has 120 cubic feet of cargo capacity.

What's your take on the 1999 Ford Expedition?

Angiejo73 I love my 99 it has never left me stranded except here recently and hoping and praying it’s something simple it’s paid for has 263,000 miles and when it runs it runs good

Have you driven a 1999 Ford Expedition?
Rank This Car

Are parts on a 99 and 03 ford expedition intechangable

587 views with 9 answers (last answer about a week ago)

Help, I think our Expedition is psycho! Every 100th or so start it simply does nothing. Unlock it, open the door, climb in, insert key and nothing. Lights are all on, etc. Nobody home. I've had i...

Where Is The Factory Entry Code Located At?

I just bought a '99 Expedition from a private owner. I would like to activate my door code but I don't know the factory code. How can I find out what it is without going to a dealer?