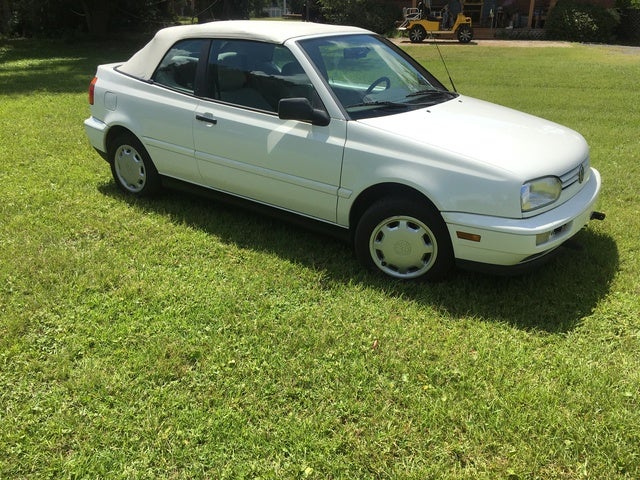 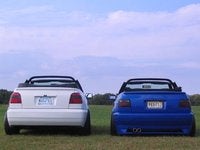 CarGurus has 7 nationwide Cabrio listings and the tools to find you a great deal. 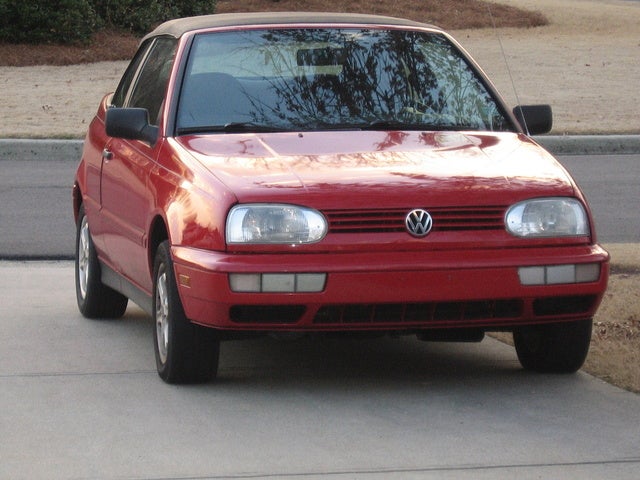 A change in nomenclature was the most obvious change for the 1998 Volkswagen Cabio, with the base model being redubbed the GL and the previous-year's Highline model taking on the GLS designation. Both versions were powered by a 2.0-liter 4-cylinder gas engine that generated 115 hp. It was linked to a standard five-speed manual overdrive transmission. A four-speed automatic overdrive transmission was available as an option.

The other big news was the addition of a powered convertible cloth top for the GLS trim package, while the base model GL retained the manually operated top. Both tops had a rear glass window with defogger, which helped improve visibility out the rear.

As far as standard features were concerned, they were limited on the GL. In keeping with the carmaker's goal to hold the base model's cost down, the GL came with relatively few amenities, which included power doorlocks, a AM/FM/cassette stereo system, and front airbags for the driver and passenger (side airbags were a new option for 1998). The GLS added a wide range of features, including anti-lock brakes, power windows, power door locks, heated mirrors, cruise control, alloy wheels, fog lights, and leather seats.

Although drivers were still impressed with the Cabio's economy, roominess, and handling, some have noted quality issues with specific parts, such as the car's electrical elements, some of which had to be replaced.

What's your take on the 1998 Volkswagen Cabrio?

tomstoy Anyone had problems wth the Tachometer and Speedometer? Intermittant failure. Usually if I wait about 10 seconds after turning on the key it works fine. When it does fail, it usually stays out until a later on start.

Have you driven a 1998 Volkswagen Cabrio?
Rank This Car

CarGurus has 7 nationwide Cabrio listings and the tools to find you a great deal.

5 Speed Manual Car Makes A Noise In Reverse Only Backs Up Fine An All Gears...

hope this isn't to pricey to fix

Where Do I Add Transmission Fluid In A 1998 VW Cabrio?

How do I take care of the transmission? And how do I know if it's breaking down? It has 98,000 miles. Is there anything special I could do to make it last longer or run better?

1998 VW Cabrio. Alarm went off when parking, not sure why. Immediately after that, the car wouldn't go over about 25. If you press the gas to speed up, it loses power and you have to back off some a...

My neighbor has locked her keys in her trunk and it looks like backseat option bolts from within the trunk and I'm not trying to remove that convertible top to tear more out....help me please! Simpl...