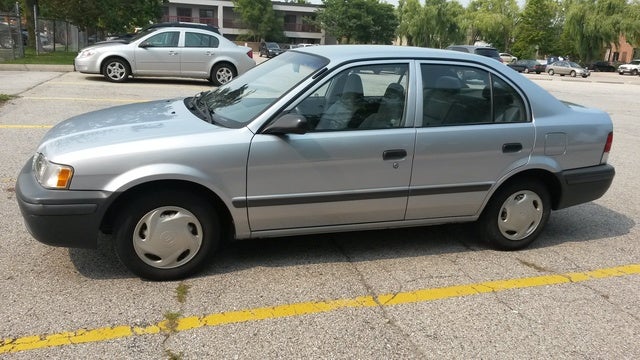 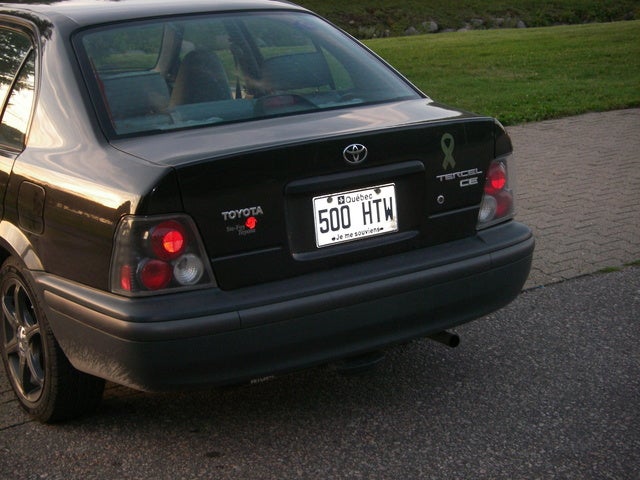 Toyota dropped the 4-door Tercel sedan for 1998, leaving only the 2-door sedan. The remaining Tercel model did get a small makeover, including a new grille, front fascia, tail lamps, rear bumper and side moldings. The rear seats also got headrests. This would be the last year that Toyota carried the Tercel. In 2000, Toyota would introduce its new subcompact, the Toyota Echo.

The 1998 Toyota Tercel came in a choice of two body styles, the 2-door coupe and 4-door sedan. The CE line was a combination of the spartan standard model and the better-equipped DX. Both body styles came with a 1.5-liter, 93-horsepower 4-cylinder engine. Not surprisingly, the 1995 Toyota Tercel got excellent gas mileage—about 30 mpg in the city and 39 on the highway.

1998 Toyota Tercel owners are very loyal, praising the car for its reliability and value and dismissing those who characterize the cars as cheap. Some do complain that the car is too small, especially in the back seat and trunk, and that it can be very noisy at freeway speeds.

Naomistercel99 Absolutely incorrect on the year...Toyota tercel we’re still made and carried in 1999- I own one- had it before it turned 2, and still runs great, has currently got 520 000 km on it!

Have you driven a 1998 Toyota Tercel?
Rank This Car

Will The Engine Hold Up At Interstate Speeds?

My son recently bought a 98 Tercel. It is doing very well, but I have a concern. It has the basic automatic transmission and the engine seems to be revved fairly high at 55 mpg. I am wondering how...

1998 Toyota Tercel CE Has there been a recall on the original factory paint? Anyone?

mechanic said head gasket is gone, I think he is wrong because car iz runs ok and no smoke

My check engine light came on and i scanned it and showed a code saying IGF or GT ignition signal faulty, what does that mean and/or what should i do?