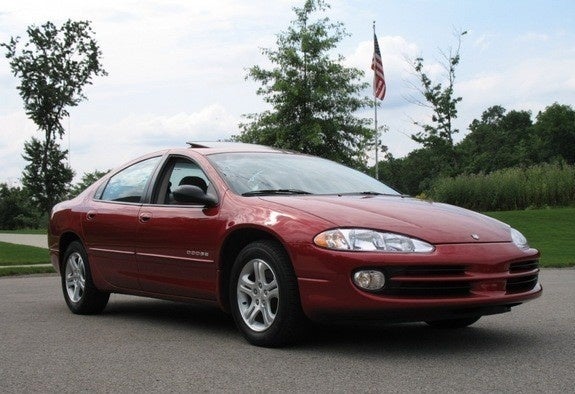 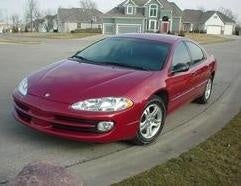 It bills itself as a family car, and it certainly has the interior room to back up that claim. But its exterior styling and beefy engine under the hood scream sports car. The 1998 Dodge Intrepid featured a redesigned exterior and frame, with two new engines in its base and ES models.

Outside, the sloping windshield was angled even more dramatically, with a rounder roof and fastback-like rear deck. A wraparound four-headlight setup and a Viper-inspired grille completed the aggressive exterior. The sexier look was based somewhat on a 1996 concept hybrid car, the ESX, which was never produced. The new chassis was retooled to respond to complaints about road noise, vibration, and body roll, making for a quieter, smoother, and safer ride. Base trims came standard with a more fuel economy-minded 2.7-liter, 200-hp V6 that packed a powerful punch. ES models received the 3.2-liter, 225-hp V6 paired with an AutoStick transmission. The fuel economy increased slightly to 18/26 mpg.

Both in engine power and look, the 1998 Intrepid was a much sportier car that doubled as a roomy family car for five or six. A huge trunk, easy to read and reach gauges, one-touch cupholders, and plenty of legroom gives the Intrepid a luxurious feel. Its suspension, redesigned platform, and engines lend it more precise handling. A lot of drivers love the 1998 Intrepid, primarily for its speed and look and space. Major problems occurred with the 2.7 V6 engine, 4-speed transmission, and the power windows. Another criticism was blind spots when parallel parking.

What's your take on the 1998 Dodge Intrepid?

Have you driven a 1998 Dodge Intrepid?
Rank This Car

Where Is The Starter Located For 1998 Dodge Intrepid?

I have a 98 Chrysler intrapid and the battery light wont go off it as new alternator and battery the alternator said low in the car but out of the car it's fine I was thinking a fuse or something ...

where is the starter located? also, where would the starter relay be, in case I can check that before replacing the starter

My check engine light is on says catalitic converter. Well they both have been changed and oxygen sensor. Battery disconnected driven much won't go off WHY!

Car ran out out of gas and won't start. Changed both of the camshaft sensors, put in all new spark plugs. Reset the codes by removing positive post on battery and the car still will not start. Can...