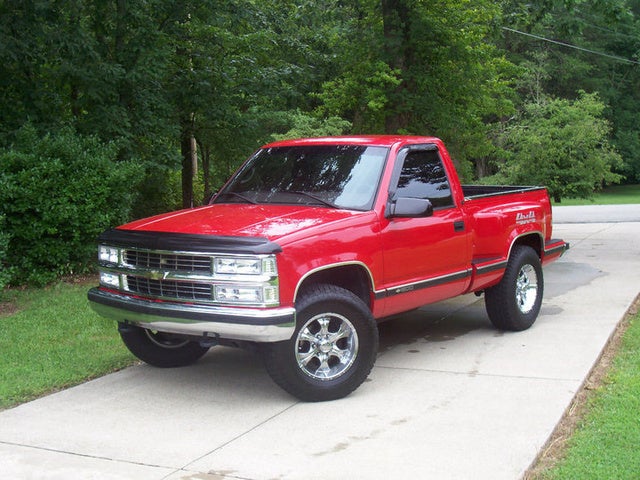 Love It By Brandon

i love this truck best truck ive ever owned the 4x4 is awesome an the motor has tons of power an it has 322,000 miles an is still a beast goes great in the mud and climbing ill never get rid of my tru... Read More

Hoping this truck will last til the economy picks up and we can afford to buy new ones . There too expensive and cheaply made . I've had stuff break or stop working on this truck that just shouldn't b... Read More

This vehicle is in great shape and has very low mileage. Read More

Overall a fantastic work truck. Has been very reliable, and handles farm work well. Back seat for adults is barely a seat, but works in a pinch. Towing and hauling are excellent. I would highly re... Read More

I never thought I would own a truck. Choosing this one, made me appreciate another type of driving. --I have owned mostly sport cars and mostly convertibles. Also, I was never accused of driving 55. T... Read More

There is nothing about this car that i did not like. Leather seats, great interior room. It gets up and moves with some slight mods to the performance of the vehicle. It is a truck and i treat it like... Read More

Hard As A Rock By 1sickobs

Its a pretty good truck. It has 239,000 miles on it, but it still runs just fine. I have to get new tires on it though, but that shouldn't be too bad. It doesn't have a radio in it right now, but ... Read More