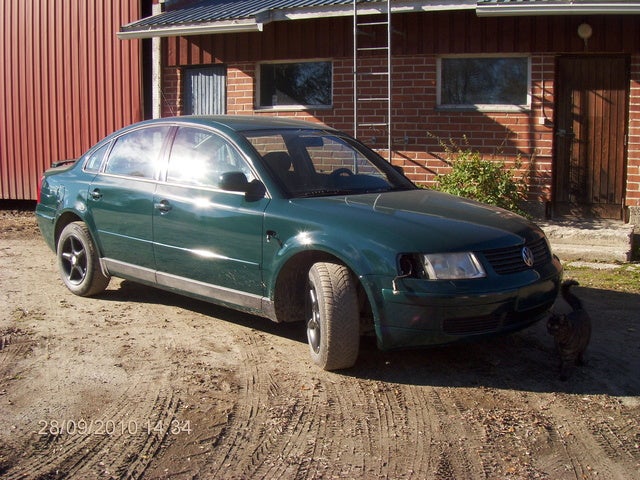 In anticipation of a vehicle redesign in 1998, Volkswagen discontinued its entry-level Passat GLS trim package (with its four-cylinder engine) for 1997. However, the Passat was still available in a higher-end GLX trim version, which came with a 2.8-liter, 172-hp V6 engine, as well as the TDI (turbo direct injection) model that came with a 1.9-liter, 90-hp diesel engine. Both engines were linked to a five-speed manual transmission; a four-speed automatic was optional for the GLX.

Generally, the 1997 Passat got positive reviews from drivers, who appreciated the car's styling, handling, comfort, and roominess. In addition, the Passat diesel's gas economy was noted as a positive point by drivers. Maintenance costs were among the negatives cited by drivers.

What's your take on the 1997 Volkswagen Passat?

Have you driven a 1997 Volkswagen Passat?
Rank This Car

So i have a 97 vw passat glx vr6 it will run fine then i will shut it off and wont start so i unhooked my MAF and started it and it started so im like woohoo ya no ran fine then shut off wont star...

I have a Passat 1997 TDI 1.9, the connecting strip are old and broken, I bought a new one and I need to know how to take out the old one and put instead the new one

Hello,we have a 1996 Passat 4cyl. It purrs like a kitten,but after 10 or 15 min. it bucks like crazy.The refs go up and down with some back-fires.We installed new plugs, wires,fuel filter,fresh gas.(e...

can the brand of tire affect the traction and braking?

1997 VW Passat GLX Switches Off When Car Slows Down

I am driving temporarily my friend's 1997 VW passat GLX. He wants it to be sold soon. I am allowed limited use of the car till the sale. There are some problems while driving the car and it would be ...