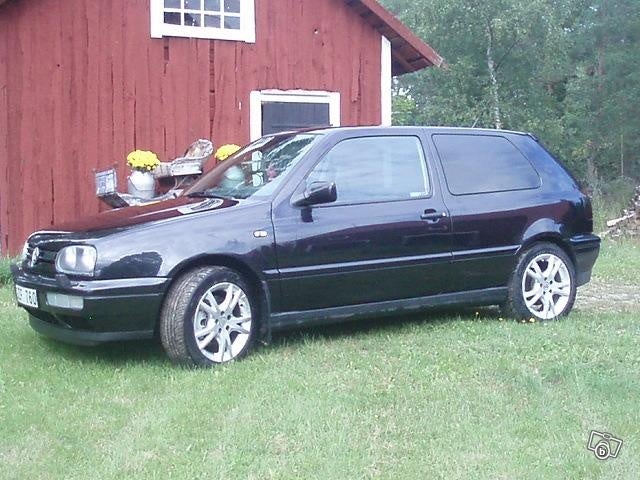 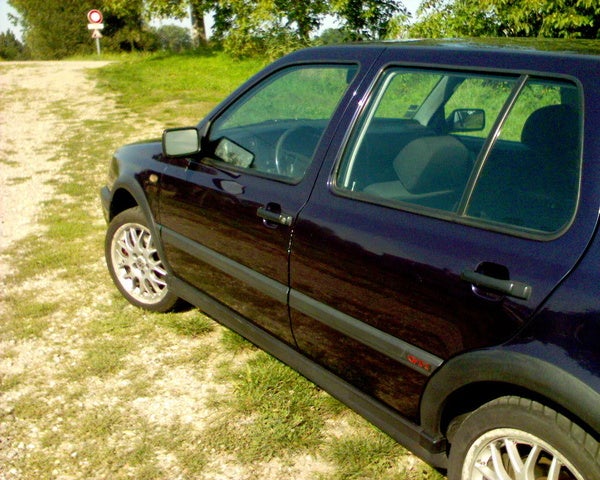 For 1997 Volkswagen continued adding minor upgrades to its two-door GTI models, which were based on the popular VW Golf but came with additional features and, in the case of the GTI VR6, a more powerful engine.

The base GTI came with the same 115-horsepower, 2.0-liter, 4-cylinder engine that was dropped into all the Golf trim packages, but for 1996 the engine ran smoother and quieter, thanks to a modified cylinder head. The GTI VR6 upped the ante with a 2.8-liter double-overhead-cam V6 engine that pumped out 172 horsepower. Both engines were linked to a five-speed manual transmission. A four-speed automatic was available as on option on the base GTI model.

The GTI VR6 received a tighter suspension for '96, and its front end was lowered by 10 millimeters for a sportier ride. New alloy wheels were also part of the VR6's upgrades.

A limited-edition GTI VR6 Driver's Edition was introduced later in the model year. It came with a number of special features, including special floor mats, door sills, and cloth or black leather upholstery, seven-spoke alloy wheels, and a leather-wrapped steering wheel, shift knob, and handbrake with red stitching, as well as a tighter suspension and anti-sway bars.

The shift knob was a limited-edition two-tone leather-and-silver "golfball" style, reminiscent of those on the early Rabbit. The gauges were also silver faced, and the knob on the e-brake release was also matching silver. Of the 1,000 total Driver's Editions produced, most were "Ginster Yellow," with only 200 cars available in "Jazz Blue" paint.

For the most part, drivers reported that their cars were dependable and fun to drive, and most drivers reported very few major problems. However, some drivers did report problems with the car's electrical system.

What's your take on the 1997 Volkswagen Golf GTI?

Have you driven a 1997 Volkswagen Golf GTI?
Rank This Car

Does 1997 gti have an option to check tranny fluid? It pops into 2nd intermittently like a clunk hard shift also what color radiator fluid

Transmision Or Linkage Problem Will Not Ingage ?

I have had to hold it in reverce for a long time, now it just refuses to go into any gear.

What Should I Trade My 97 Vw Gti For?