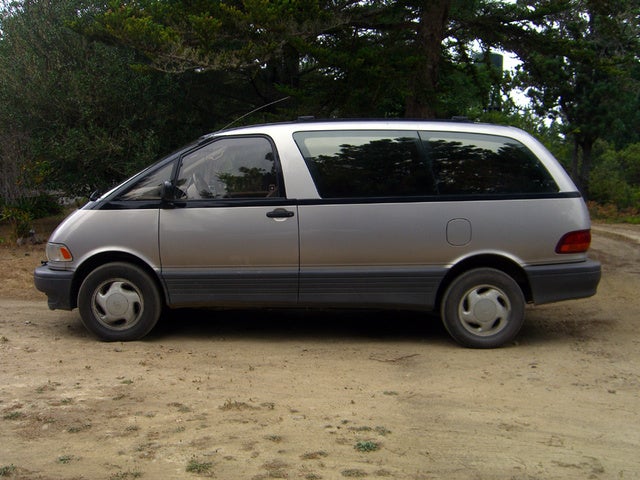 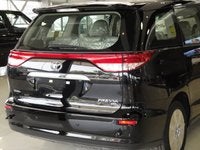 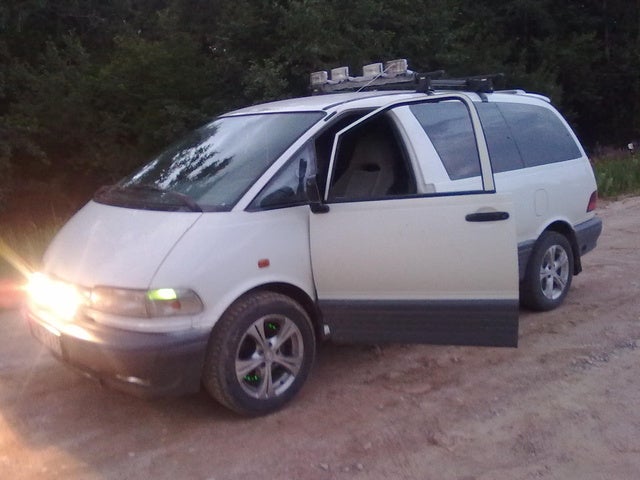 The 1997 model year was the Toyota Previaâ€™s swan song. Toyota was preparing to roll out the more conventional Sienna, which mimicked American-made minivans with a larger engine and run-of-the-mill styling. For its last year, the Previa saw revisions to its engine to make it less noisy and reduce vibrations.

The 1997 Previa came in four trims: the DLX, the DLX AllTrac, the LE, and the LE AllTrac. All shared a supercharged 2.4-liter, 161-horsepower four-cylinder engine. Fuel economy was about 17/21 mpg. The 1997 Previa sat seven people, and had the option of captainsâ€™ chairs in the second row instead of a bench. The last row of seats could be pinned to the sides of the car to create more cargo space.

While it was never a big seller, the Toyota Previa had a legion of loyal fans who were disappointed that the manufacturer ended production of the minivan. The Previa was loved for its unusual egg-shaped body and space age interior, not to mention for its ample leg and cargo space, car-like handling, and bulletproof reliability. Still, its lack of power and unseal appearance made most people pass by the Previa when minivan shopping, and those who did buy one found that it was lacking many amenities that other vans had.

GuruTYZF7 owned 4 and bought and sold another 4,currently own a 1997 with 305000 miles and runs great,shipped to Canada until 1999 so I will buy one up there once it hits the 25 year old import mark

Have you driven a 1997 Toyota Previa?
Rank This Car

My Previa Has A Bench Seat For The Middle Seats. I'd Like To Install Capti...

Where Is The Location Of Toyota Previa 1997 Engine Idler

My 1997 Previa Is Loosing Coolingwater Through The Engine. Can The Fault B...

Engine passed 250 000km. 1997 model. Toyota Norway say that they have never had to change headgaskets on these engines. Find this very strange. Anybody else with knowledge about this? On these cars it...

No Power In Drive, Why?

97 Previa has been completely "gone through" by reputable mechanic. Van purchased from little old lady who let it over heat and die on last drive. Needed parts have been replaced, wiring checked out,...

I Need A Good Previa Mechanic In The Boston Area . Any Ideas?