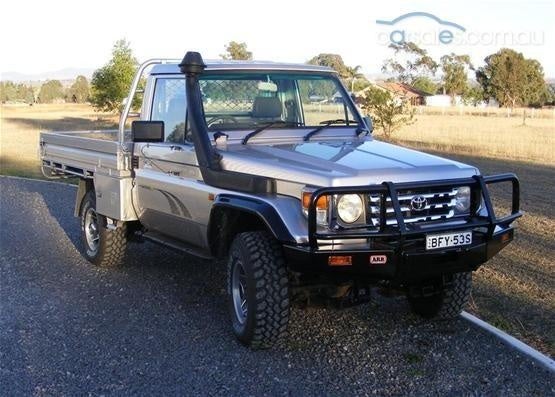 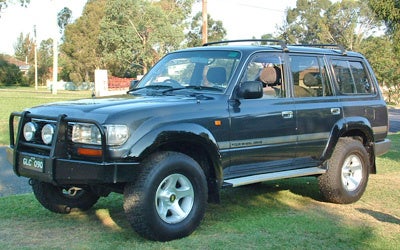 The 1997 Toyota Land Cruiser saw very few changes for the model year, as a redesign was in the works for the following year. The most notable change was the addition of an optional two-person third seat, supplementing the three-person third seat option.

The 1997 Land Cruiser was very popular among outdoorsy types and soccer moms alike. The car handled well off-road and in bad weather, but also had plenty of cargo space for kids and gear alike. However, owners do complain about the poor gas mileage, and say that due to the vehicle's weight, brakes wear out very quickly.

What's your take on the 1997 Toyota Land Cruiser?

GuruG633 any ideas on why my 97 land cruiser with 180,000 miles is starting up and shutting off within seconds

Have you driven a 1997 Toyota Land Cruiser?
Rank This Car

I was driving on the highway and all of a sudden my 1997 Land Cruiser started binding up and I barely got it home what could it be?

41 views with 2 answers (last answer about a year ago)

The front bumper on my 1997 Toyota Land Cruiser is damaged and I am looking to replace it, but have not been able to find a decent stock bumper at any of the local salvage yards for the same year/ma...

Whats The The Thing That I Have To Watch Out For When Buying This Car? What...

What Price Should I Ask For Car?

I have a 97 40th anniversary addition Toyota landcruiser with approximately 150 k miles in good cond. has brand new mitchlem tires.i have it stored. I am second owner. First owner had it 6 months...