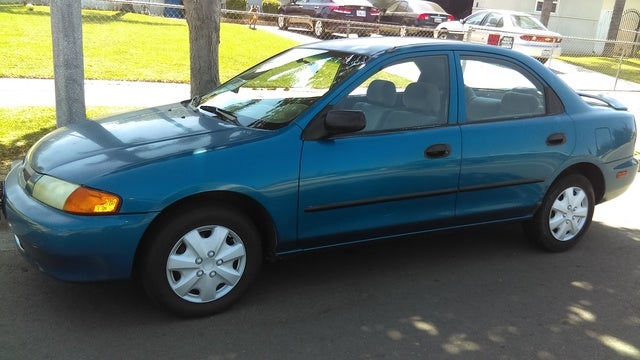 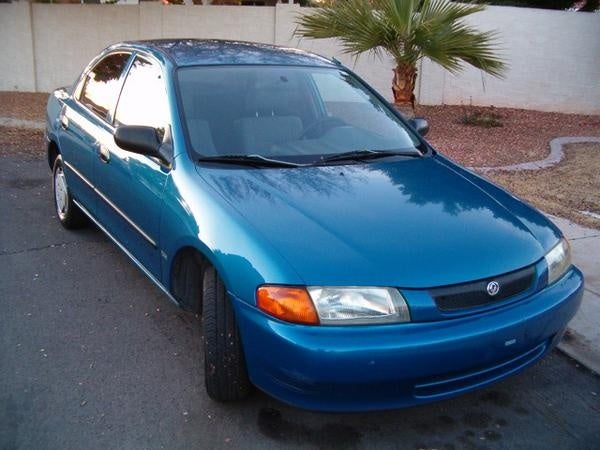 For 1997, Mazda made a few minor revisions to the exterior of its four-door Protege compact sedan, with fresh looks for the headlights, bumpers, grille, and fenders. In addition, some minor changes were made to the Protege's list of standard features.
Three versions of the Protege were available for 1997. The entry-level DX trim package as well as the mid-range LX were powered by a 1.5-liter, double-overhead-cam four-cylinder engine that produced 92 horsepower. The high-end ES trim package received a 1.8-liter, double-overhead-cam four-cylinder engine that produced 122 horsepower. A five-speed manual transmission was standard for all models, while a four-speed automatic was optional.
The DX was equipped with such features as power brakes, power steering, dual front airbags, 13-inch wheels, a tilt steering wheel, and a rear window defroster. The LX added power windows, power door locks, power exterior mirrors, cruise control, a tilt steering wheel, and an AM/FM/cassette stereo system, while the upscale ES added air conditioning, among other features.
The Protege ran and handled well, according to drivers, who also noted that it was a fun, comfortable, affordable car to drive, with good fuel economy. Repairs beyond routine maintenance was rarely required, drivers noted. On the downside, some drivers felt the cars with the smaller 1.5-liter engine were underpowered.

Have you driven a 1997 Mazda Protege?
Rank This Car

Where Is Fuel Pump Relay Located In 1997 Mazda Protege?

I Can Not Get At Some Of The Bolts To Get The Transmission Fluid Changed.

There is a cross member in the way of the bolts. Does that cross member need to be removed. Or is there something possibly bent like the cross member that restricts access to the bolts? Anyone ha...

I need to remove the gas tank , to fix a leak in a steel brake line , but the tank is full of gas , and you cant siphon through the filler , because there is a blockage in the filler .neck ,this is on...