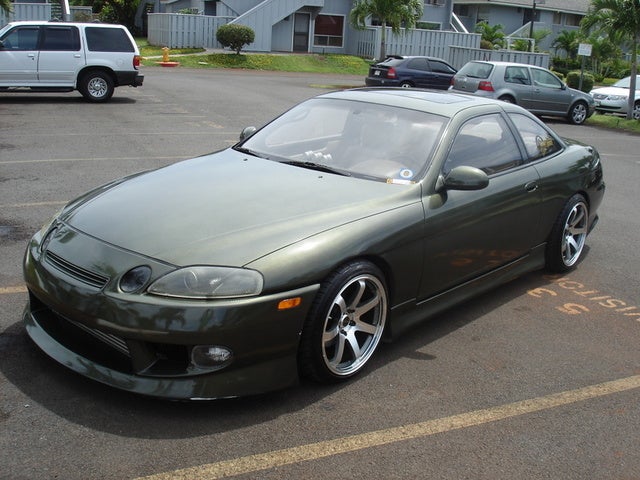 CarGurus has 6 nationwide SC 300 listings and the tools to find you a great deal.

The acclaimed Lexus sports coupe received some minor exterior styling revisions for 1997. The SC 300 now had a more aggressive appearance to match its on-road demeanor. A trip computer was also added. The SC had been a very successful endeavor for the Japanese luxury automaker, packaging luxury and performance into a tightly constructed and sleek looking package. Unfortunately, 1997 saw the production of the last manual transmission SC 300s. The 5-speed would only be available in the 400 for 1998 and beyond.

The Sc 300's ride was a bit of a departure from what one might expect from a Lexus. While the suspension still retained some forgiveness, it was tuned a bit stiffer for a better feel of the road. The handling was more Lexus-like, and the rear wheel drive helped the SC hug tight turns at higher speeds. The engine was a 3.0 liter inline six, which made 225 horsepower and 210 lb-ft of torque. The SC 300 had a 0-60 time of 6.8 seconds, and an acceptable sports car fuel economy of 18/23 mpg.

Drivers who follow a regular maintenance schedule report hardly any problems with their SCs. By 1997, many buyers of the original SC had come back for a new model, and they were pleased to see that not much had changed. Lexus had relied on the same same interior styling throughout the SCs run, which featured user-friendly ergonomics and a snug wrap-around layout for the driver. The SC 300's quiet ride and responsive steering are also frequently praised.

GuruLTK17 How much is it worth

CarGurus has 6 nationwide SC 300 listings and the tools to find you a great deal.

Found About 2 Inches Of Water In The Spark Plug Well.

clean oil, but no crank on start from the key. i bump the engine from the starter. so i thought it was not mechanical. cracked block or blown HG? I did pressure wash the engine 5 times this month. A...

How Do You Replace Right Side Headlight?

The SC 300 Gold decal is missing from my car. One auto body repair guy told me he could only replace it in Silver. Where can I find the decal in Gold?