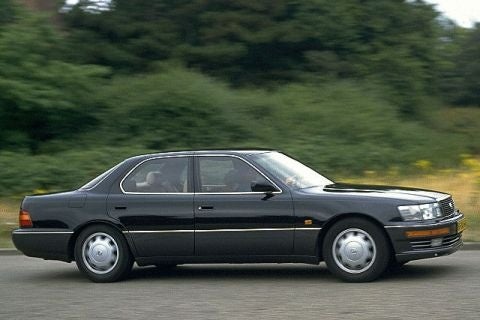 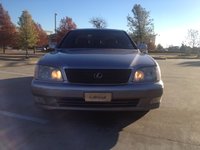 CarGurus has 38 nationwide LS 400 listings and the tools to find you a great deal. 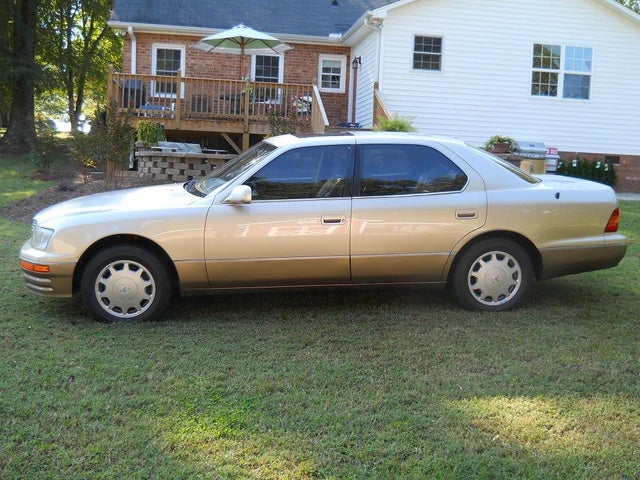 Side-impact airbags were added as standard equipment in 1997. Otherwise, the Lexus LS 400 was unchanged. The second generation of the Lexus flagship sedan would get several updates in the following year. For now, it remained the best selling luxury flagship in the United States, with sales exceeding more expensive Euros like the BMW 7-Series and Mercedes Benz S-Class. Today, depreciation is also comparatively low.
For the eighth year, the LS 400 was equipped with essentially the same engine as all prior models. An entirely new 4.0 liter V-8 would arrive in the following year. After a power boost in 1995, this old V-8 made 260 horsepower and 270 pound-feet of torque. The potent engine was paired with a 4-speed automatic transmission, and the addition of the optional air suspension system allowed drivers to make adjustments to suit their ride preferences.

The LS 400 interior's ergonomics and finish further illustrated why this was the Lexus flagship: leather, walnut trim, dual zone climate control, power everything. While the drive train provided smoothness and stability, the interior was well protected from road, wind, and engine noise, regardless of speed (within reason). Lexus had borrowed a retractable cup holder design from Toyota, which was often cited as the cabin's worst feature. Many late-90s LSs have reached impressive mileage marks, but once drivers find themselves in that 150-200k range, they should be prepared for rather common costly repairs like power steering pumps.

CarGurus has 38 nationwide LS 400 listings and the tools to find you a great deal.

WHY DOE MY CAR KEEP CUTTING OFF

I JUST REPLACED MY BATTERY, STARTER AND ALTERNATOR, WHY DOES IT CUT OFF

I was at a stop when my car shut off on me. i tried to start it up and it did then after a few seconds it died agin it did that about 5 more times before it stopped and just cranked. i know i had a...

Can The "guts" From The One I Bought Be Put In To The Casing Of The Old On...

Lexus transmission crapped out. I bought another one with the same model number but had different clips so it could not be installed to the vehicle. My question is can the "guts" from the one I boug...

I have a 1997 Lexus LS400 and it is currently in the shop for repairs, but it has been there for 2 WEEKS! First they said it was the EGR valve pipe, which was broken and they repaired. When I pick...