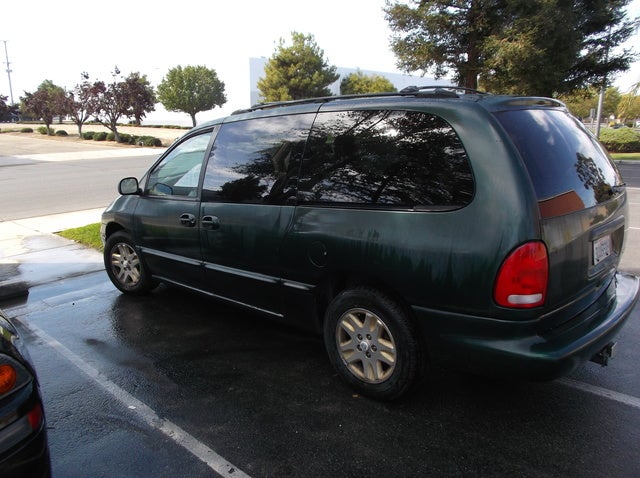 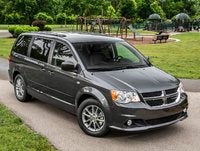 Dodge created the minivan back in 1984, and the Caravan was an innovator of features we now take for granted in minivans, such as driver's front airbags, AWD, dual sliding doors, and cupholders. Despite growing competition, the Grand Caravan is still the most popular of minivans. Redesigned in 1996, it received few changes for 1997.

The 1997 Grand Caravan saw the return of AWD to the SE, ES, and LE trims, paired with four-wheel disc brakes. Traction control on LE trims and an optional accident response system, which unlocked the doors and turned on lights, helped improve the safety features of the Grand Caravan. A Sport package offered with SE models added a stronger suspension, foglights, and body-color trim.

Its huge interior, storage options, front and rear climate control are hits with owners, but the number one highlight for the 1997 Grand Caravan seems to be the dual sliding doors, which make access to the two rows of rear seats much easier. In terms of handling, most owners say driving the Grand Caravan feels no different than a car, and with a V6 engine, it is surprisingly peppy. Though it is an affordable minivan, many owners say be prepared to spend a lot of money at the repair shop, particularly on the transmission.

What's your take on the 1997 Dodge Grand Caravan?

Have you driven a 1997 Dodge Grand Caravan?
Rank This Car

No Heat In Our 1997 Dodge Grand Caravan

It has a brand new Radiator, brand new heater-core, brand new water pump, and brand new tested and working thermostat. Still no heat. The fan works and when selected the air blows out the defrost, f...

501 views with 3 answers (last answer about a year ago)

What Is The Drive Cycle Of 1997 Dodge Grand Caravan?

other cylinders have good spark...just changed wires too

Will The Wrong Size Tires Cause The Transmissiom Speed Sensors To Malfunct...