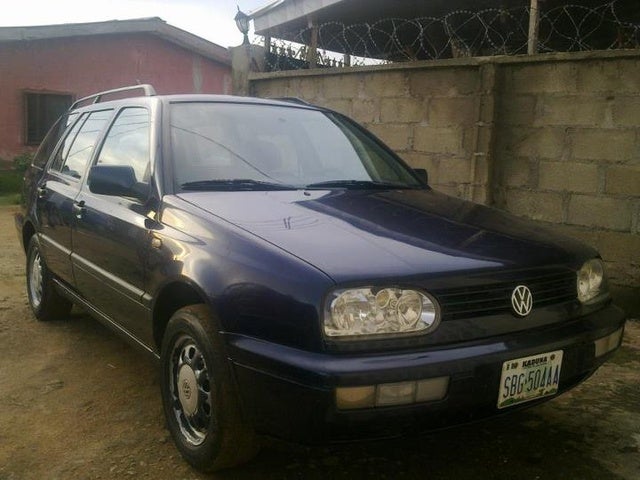 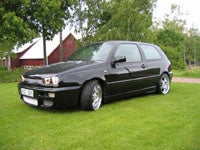 Once again, the 4-door GL hatchback was at the center of the Volkswagen Golf universe for 1996. As in years before, the GL was powered by 115-hp, 2.0-liter 4-cylinder engine. It was linked to a five-speed manual transmission, which was standard equipment; a four-speed automatic was available as an option. Standard features included updated cloth seats, power brakes, power steering, power door locks, dual airbags, an anti-theft alarm system, and an AM/FM/cassette audio system. Air conditioning was among the options. A glovebox, which had disappeared when the passenger-side airbag was added a few years earlier, also returned as a standard feature.

Other trim packages in the Golf lineup include the GTI, the GTI VR6, and the TDI, which came with a turbodiesel engine and was available in only very limited quantities to U.S. buyers.

The sporty GTI package came with the same 115-hp 4-cylinder that was used in the GL, but added anti-lock brakes, air conditioning, a sunroof, and cruise control to the list of standard features. The GTI VR6 came with a more powerful 172-hp, 2.8-liter V6 engine and a tighter suspension. And the TDI, where available, was powered by a 90-hp, 1.9-liter diesel engine with turbo direct injection.

Although some drivers noted problems (sometimes extensive) with their cars, overall drivers were enamored with the Golf, and some even became strongly loyal to the car. The Golf's dependability, styling, roominess, and safety features were noted as positive points by drivers.

What's your take on the 1996 Volkswagen Golf?

GuruLG8BN I have the Golf GL with a pristine body new timing belt and water pump. At 101 000 miles the automatic transmission crapped out. At first no forward gears. Now no gears at all Will any MK 3 Golf 2.0 manual transmission replace that piece of junk. I thought that the Germans were known for superior engineering. They really laid and egg with this one.

Have you driven a 1996 Volkswagen Golf?
Rank This Car

Hi my golf mk1 96 model misfires and have poor acceleration.. I have changed spark plugs, module and plug wires seem to be fine.. Any tips on what to check next? TIA

Does anybody know what the City trim means?

How Much Would It Cost To Fix A 96 Vollswagen Gl With Issues With The Camsh...

i just brought a 1996 volkswagon golf and the fuse panel is missing. how do i find out or where to go to find out which fuse is which please if you don't mind helping...thanks