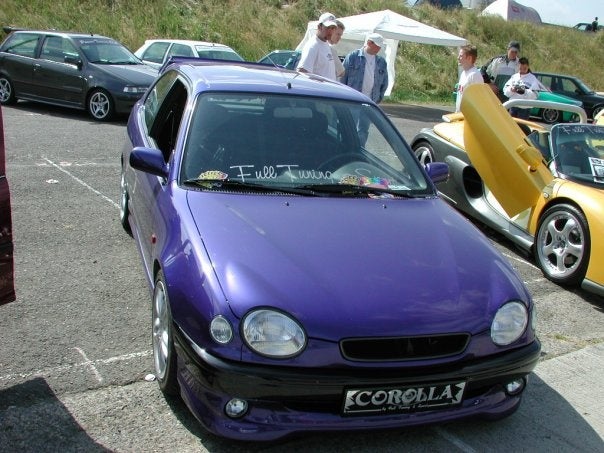 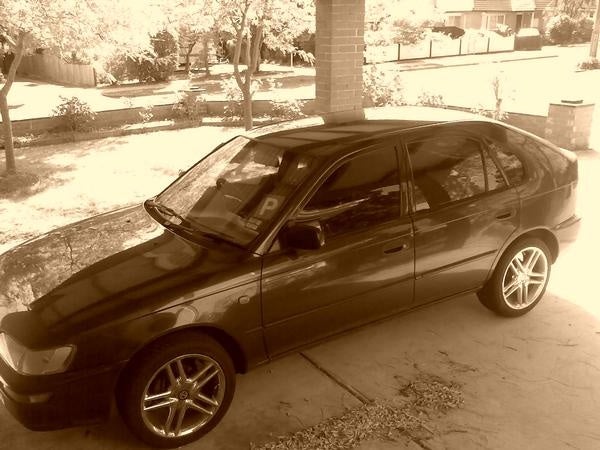 The 1996 Toyota Corolla got small facelift for the model year. The grille's frame matched the body paint, and the taillight panels were restyled. Inside, the interior trim was updated, a built-in car seat was available as an option, and the transmission was upgraded. In addition, the LE sedan was discontinued.

The 1996 Toyota Corolla was available as a wagon and a sedan. The wagon came in the DX trim level, and the sedan came as a standard or DX. The base engine was a four-cylinder, 1.6-liter, 102-horsepower engine, and the DX sedan could be upgraded to a 1.8-liter, 105-horsepower engine. Fuel economy, depending on the engine and transmission, was surelyout 26-34 mpg.

Drivers of the 1996 Corolla find that the car can be noisy, especially at freeway speeds, and larger adults may find that the backseat doesn't offer enough legroom. However, owners speak highly of the 1996 Toyota Corolla for its dependability, value, and fuel efficiency.

What's your take on the 1996 Toyota Corolla?

Users ranked 1996 Toyota Corolla against other cars which they drove/owned. Each ranking was based on 9 categories. Here is the summary of top rankings.

Have you driven a 1996 Toyota Corolla?
Rank This Car

Wheres The Signal Wire In A 96 Corolla Base 4afe

MY Toyota Gear Indicator Lights Not Working On Dash Board, Why And How Can ...

I have a toyota corolla 110 1996. I turned on the air conditioning button but indicator bulb is not working and ac not working

Where To Buy A Radiator Nz

Need a new radiator for my 1996 toyota corolla hatchback gl, any suggestions for sites to buy one from? Currently living in New Zealand so sites with minimal shipping would be appreciated.