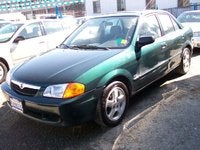 CarGurus has 22 nationwide Protege listings and the tools to find you a great deal. 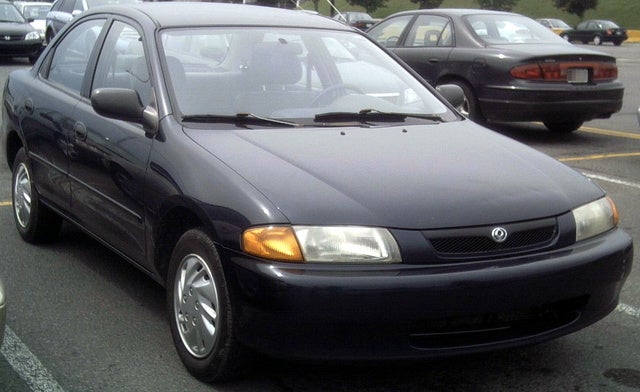 For 1996, the four-door Mazda Protege sedan was available in three versions. The entry-level Protege DX as well as the mid-range Protege LX were powered by a 1.5-liter, double-overhead-cam four-cylinder engine that produced 92 horsepower. The high-end ES trim package received a 1.8-liter, double-overhead-cam four-cylinder engine that produced 122 horsepower. A five-speed manual transmission was standard for all models, while a four-speed automatic was optional.
The DX was equipped with such features as power brakes, power steering, dual front airbags, 13-inch wheels, a tilt steering wheel, and a rear window defroster. The LX added power windows, power door locks, power exterior mirrors, cruise control, a tilt steering wheel, and an AM/FM/cassette stereo system, while the upscale ES added air conditioning and alloy wheels.
Drivers gave the Protege positive marks for its reliability, aggressive performance, and responsive handling, as well as its comfort, fuel economy, and affordability. On the downside, the automatic transmission could be problematic, according to some drivers, and the car could feel cramped at times, in keeping with its compact nature.

Have you driven a 1996 Mazda Protege?
Rank This Car

CarGurus has 22 nationwide Protege listings and the tools to find you a great deal.

So Why Does My Car Shut Off When I Stop At A Redlight? The Battery Light Co...

Where is the fuel filter located?

My 1996 mazda protege has an issue with the fan belt/serpentine?...Every time I start the car, the 1st 5 minutes, the fan belt screams. When it warms up, the screaming stops & doesn't happen again ...

1996 Mazda Protege LX 1.5l Manual. The check engine light will come on at higher RPM aftrr a few minutes of driving and start flashing then turn solid after a few second. It has a P0301 code. I have...

Where do you change the fuel filter at?