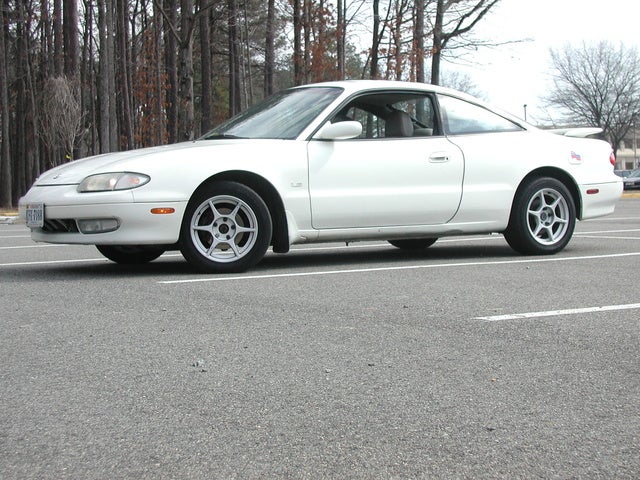 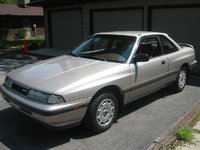 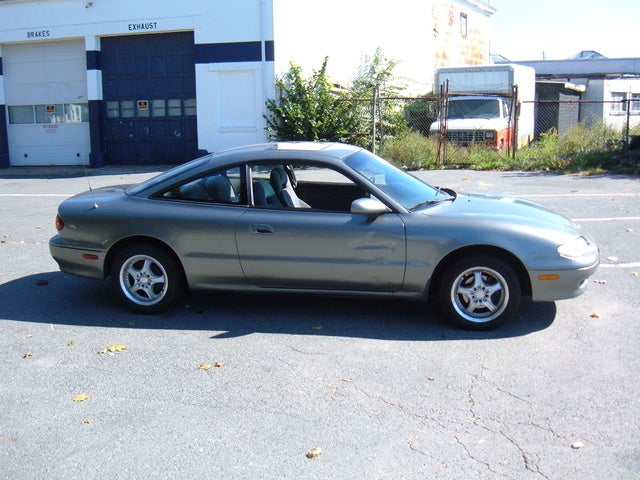 Mazda added an upscale M-Edition to its lineup of MX-6 sport coupes for 1996. Other than that, the cars remained unchanged from the previous year.
In addition to the M-Edition, the MX-6 was available in base (or standard) and LS trim packages. The base MX-6 was equipped with a 118-horsepower, 2.0-liter inline four-cylinder engine, while the LS and M-Edition were powered by a 164-horsepower, 2.5-liter V6. A five-speed manual transmission was standard across the line, while a four-speed automatic was optional.
Standard features for the base model included power brakes, power windows, power door locks, and power exterior mirrors, as well as dual airbags, cruise control, a tilt steering wheel, and an AM/FM/cassette audio system.
The LS added such features as air conditioning and a sunroof, as well as fog lights, an anti-theft alarm system, and alloy wheels. The M-Edition also included leather seats, anti-lock brakes, a keyless entry system, a CD changer, and a leather-wrapped steering wheel, among other features.
Better gas mileage was one improvement that could have made the MX-6 better, drivers noted. Room in the back seat was also limited. However, drivers liked the MX-6's styling, handling, performance, reliability, and ride.

Gabriel252roxie Im looking for a mazda mx 6 someone plz help

This morning on my way to work, my car felt as if it wasn't getting enough fuel/air when pressing the gas pedal to get enough power. When I would accelerate, the car would feel shaky and felt as if ...

What should my plugs be tapped at

Telling My Ecu Or Pcm I Just Changed The Crankshaft Position Sencer??????? ...

How To Tell My Ecu Or Pcm That I Just Changed My Crankshaft Position Sencer Its modified to an OBDII with kl pcm with an OBDII plug. But it still has data port. Data port does not give codes no mor...

How To Tell My Ecu Or Pcm

How t to tell my ecu or pcm that i just changed the crankshaft position sencer. With out a obd 2.