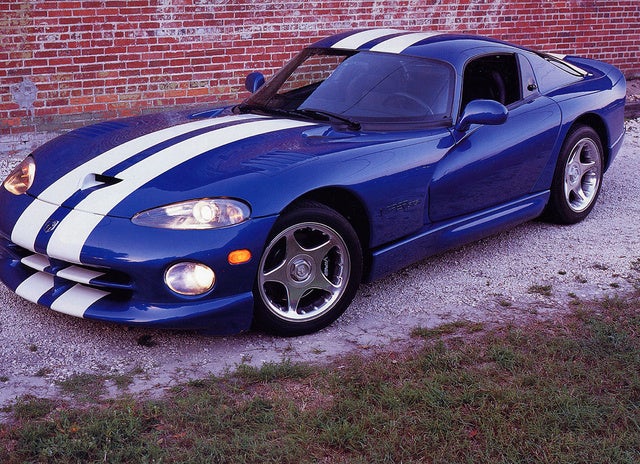 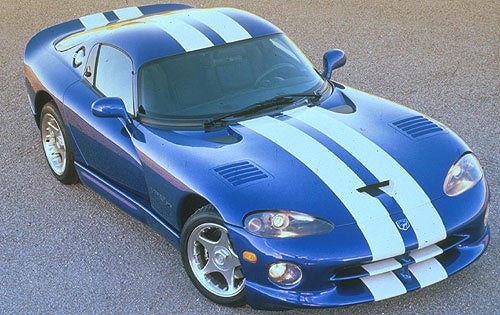 The 1996 Dodge Viper brought forth some major changes in this muscle car institution since its inception in 1992. First and foremost, the once solitary beast has split into two models: the standard RT/10 roadster and now the GTS coupe. Both 1996 Dodge Vipers seem to have found some more of that power that owners seemed greedy for from the 8.0-liter, V10 engine. The roadster has a maximum output of 415 hp, but the GTS manages to get a whooping 450 hp from the standard engine.

The GTS was even released with some new features, above and beyond the optional air conditioning that came in earlier models of the Viper. AC comes standard in the 1996 Dodge Viper GTS, as do power windows, power door locks and air bags. Dodge also thought of the taller and shorter drivers with the 1996 Viper GTS, and put in adjustable foot pedals. Gas mileage isn't too shabby for the Dodge Viper, either: 13/21 (city/highway) mpg for the roadster, and 13/24 mpg for the GTS.

Owners of the 1996 Dodge Viper are fanatical, and only consistently want one thing fixed: more power! People who picked up a 1996 Dodge Viper GTS love the standard features, but people with the roadster don't seem to be complaining.

Have you driven a 1996 Dodge Viper?
Rank This Car

The local viper tech tells me I need to have the intake manifold removed and the vacuum harness replaced on my 1996 GTS. He also tells me that this is a critical repair to have done or risk ruining t...