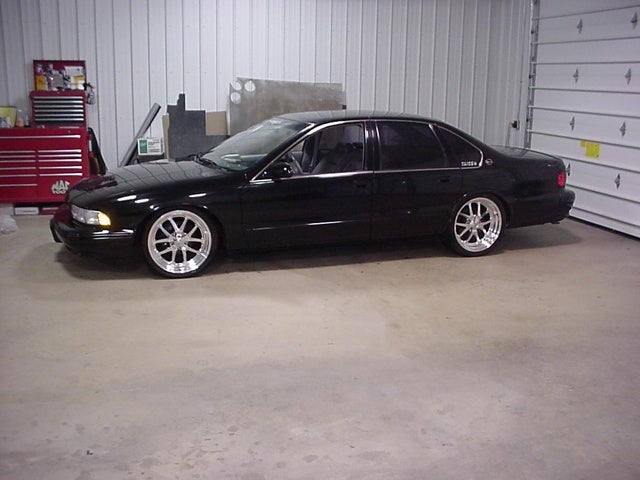 The last of the third generation of Impalas was arguably the best: The 1996 Impala received improvements borrowed from a variety of Chevies, including a Z28-like instrument panel featuring race-car-reminiscent gauges.

The base engine remained a 5.7-liter V8 LT1 rated at 260 horsepower. The low suspension of the car could make it feel even faster, as the road-hugging features made the car feel like it had lift similar to an airplane.

Of course, Chevy raised consumer hopes and expectations, then dropped them to the floor: After the '96 model year, the Impala would be discontinued - again - until 2000.

What's your take on the 1996 Chevrolet Impala?

Have you driven a 1996 Chevrolet Impala?
Rank This Car

Did 1996 Impala Come With A Posi Rearend

Is The Coloured Lettering And Pinstriping On This 1996 Impala SS Something ...

WHERE ARE THE SPARK PLUGS LOCATED

WHERE ARE THE SPARK PLUGS LOCATED UNDER THE HOOD

Getting it shipped from Flint Michigan to Niles mi