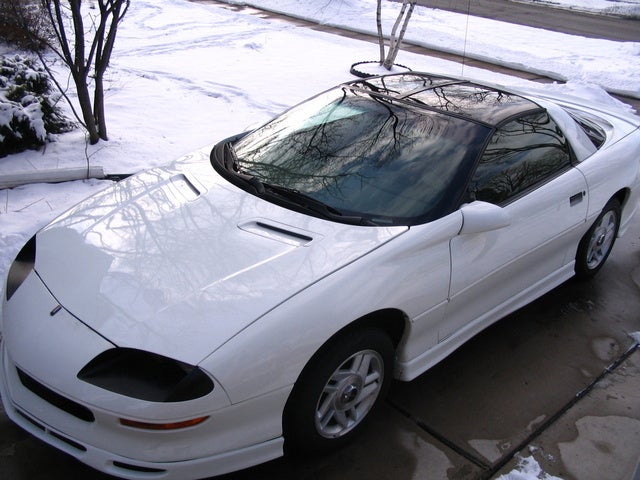 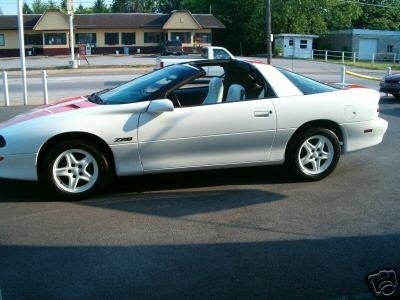 The 1996 model brings with it some additional options as well as some newly standardized equipment. The 3.8-liter V6 engine that was optional in the 1995 models is standard in the 1996 base model, and the Z28 had its 5.7-liter V8 enhanced to 285 horsepower (305 in the SS). 1996 also brought the new RS package with a lower-body aerotrim and a three-piece spoiler.

As always, the Camaro's big engine is what distinguishes it from other sports cars--especially those in its price range where it remains unmatched in value. Alloy wheels with painted surfaces add a sleeker look to the pony car. A variety of packages were available to sport up the look of the car, as well as to add some nice features, such as more engine power, traction control, and remote keyless entry.

Pluses of the Camaro included super-responsive steering and agility in the turns. The Camaro also is considered by many to be extremely dominant over the Ford Mustang...in other words, Camaros kick Mustangs butt.

Minuses of the Camaro include a failure to adhere to slippery roads (especially in winter) and a lack of passenger and cargo room.

What's your take on the 1996 Chevrolet Camaro?

Have you driven a 1996 Chevrolet Camaro?
Rank This Car

I Paid For, Posted An Ad, And Downloaded Photos, Where Is My Publication?

cost to replace transmission on a manual 6 speed

Fuel pump was bad so I replaced it. Tested new pump while out of tank and it worked. Put tank back in car, now nothing. No hum from pump motor, no fuel being pushed to the cars motor. Fuel sensor work...

Have A 96 Camaro. Won't Start. Not Getting Any Gas To The Engine. Alread...

Lost All The Water From The Radiator

Last night i stopped to vacuum my 96 camaro rs when i moved the car i noticed a large puddle where it had been sitting. It didn't overheat but the radiator was near empty but the reserve was full...