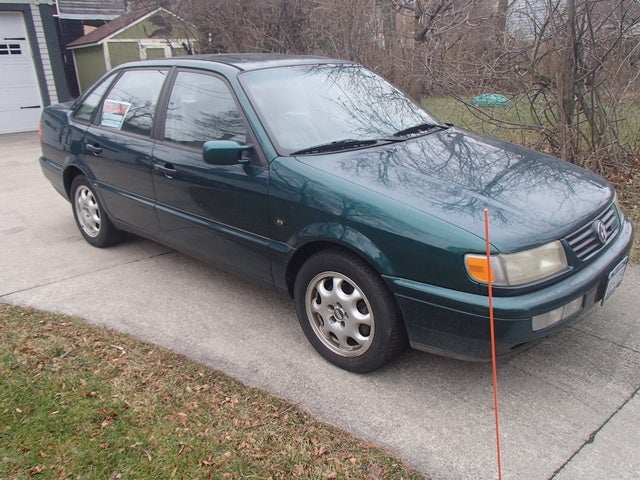 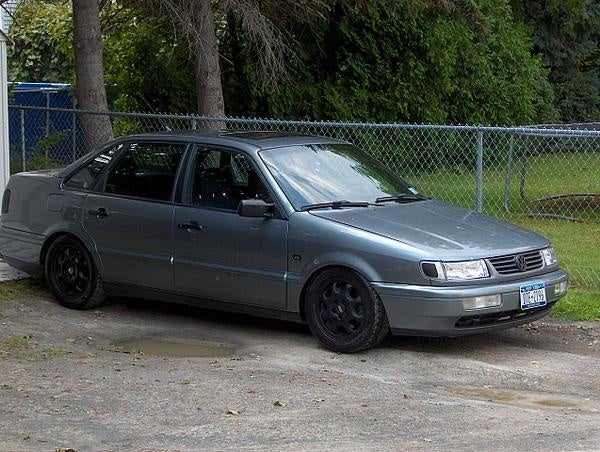 The Volkswagen Passat got a sporty new look for 1995, with an integrated rear spoiler and a refashioned front grille. It was available in two trim packages. The GLX, available for the entire model year, came in sedan and wagon versions, both driven by a 2.8-liter, 172-hp V6 engine. Later in the year, the entry-level Passat GLS was introduced. Available only as a sedan, it came with a 2.0-liter 4-cylinder engine that generated 115 hp.

A five-speed manual overdrive transmission was standard on both the GLX and GLS versions. A four-speed automatic was available as an option.

Though the GLS was stripped down a bit, it still came with air conditioning, power windows, power door locks, airbags, and an AM/FM/cassette audio system.

Overall, drivers' reactions to the 1995 Volkswagen Passat were positive, though frequent minor problems were reported. The car's handling, roominess, sporty new look (even for the wagon), and gas mileage were reported as positive points. Other drivers noted that some interior parts tended to break too quickly, and cited expensive repairs as among the negatives.

What's your take on the 1995 Volkswagen Passat?

Have you driven a 1995 Volkswagen Passat?
Rank This Car

Is Changing The Clutch In A 95 Vr6 Passat Difficult?how Would I Go About Do...

I bought this car late last year and got it for a steal!(972$).the girl who owned it before me didnt know what was wrong with it,so she sold it really cheap.All I had to do was replace the water pump ...

i need to know where the car alarm is for a 1995 vw passat , because it goes off even when the car is going i need to unplug it . thanks ...

Where Is The Car Alarm At

my alarm goes off at times even if the car is running . I want to unplug it ,can you tell me where it is at pleace. thank you ...

engine will turn over but won't start first try. On second attempt, it well start. What could be the problem?

Where Is The Switch For The Rear Interior Courtesy Light In The Estate Mode...

The rear light which lights up the boot area of the VW passat estate does not function. I have checked the bulb and bulb housing and this is fine, so no power is reachin it. I have removed the inter...