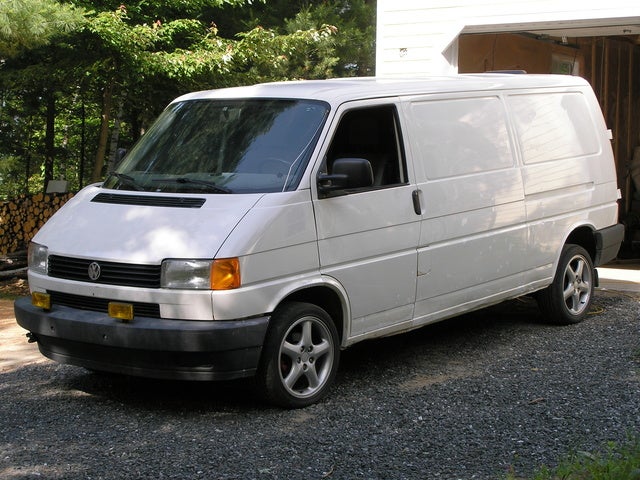 Volkswagen offered some sort of a camper van throughout most of its history, and 1995 was no exception. After being available for a couple of years and selling poorly, the standard trim packages of the Volkswagen EuroVan were dropped, and a Campmobile version was introduced. Power was provided by a 109-horsepower, 2.5-liter five-cylinder engine, which was linked to a five-speed manual transmission. A four-speed automatic was optional.

Though still considered underpowered, the EuroVan Campmobile was popular with drivers, who cited its roominess, practicality, reliability, and fuel economy as positive points.

What's your take on the 1995 Volkswagen EuroVan?

GuruX25SS I own a 1995 VW Eurovan Camper and like it. Great option for trips and camping; OK for town driving but not recommended if you own a car.

Have you driven a 1995 Volkswagen EuroVan?
Rank This Car

What Shore Power Cord Is Required?

Hi, What extension cord do I need for 1995 eurovan while camping? Use it to run refrigerator and furnace blower for heat,

137 views with 1 answer (last answer about a year ago)

I just purchased a 1995 VW Eurovan camper. When I tried to put water into the water tank, the water immediately drained out through a small drain pipe. I cannot find the valve to shut off the drai...

How To Remove ECM And Location On A 95 V.W Euro Van Rialta

I need to remove my ECM but have no Idea Were it is located,It needs repaired.If any one Knows If there is a Good repair shop on the west coasts.this is a Winnebago rialta

1995 Eurovan Blown Motor. Should I Repair Or Part Out

I've had this for less than a year. Never got to use it as it has overheated since I got it. Now mechanic says motor is completely wiped out. I don't know what to do! Paid 16k for it. Any suggestio...

What causes knocking sound when stopping