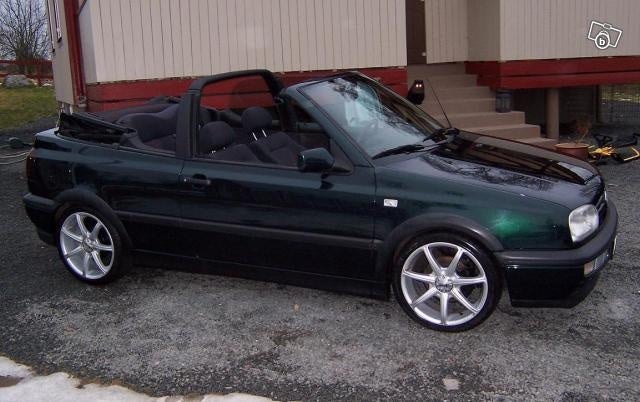 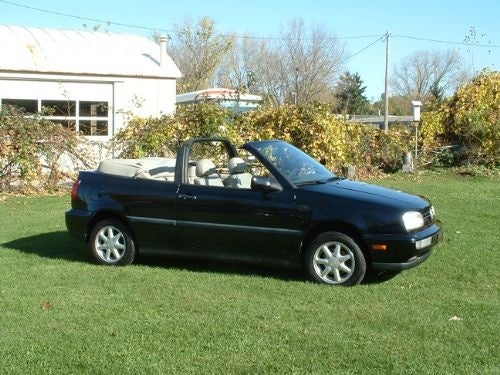 A replacement for the Rabbit-based cabriolet, the 1995 Volkswagen Cabrio was based on the same platform as the Golf hatchback and the Jetta sedan. It was powered by a 2.0-liter, 4-cylinder, 115-hp engine that was linked to a five-speed manual overdrive transmission. A four-speed automatic overdrive transmission was available as an option.

For 1995, dual airbags and anti-lock brakes were standard, as were power windows, power door locks, a cassette player, and airbags for the driver and passenger. Leather seats and air conditioning were available as options. Other features of the Cabrio included a soft top that was operated manually, a fixed roll bar, and a glass rear window with a defogger.

Overall, drivers were very pleased with the VW Cabrio, and were particularly impressed with its handling, roominess, and safety features. The roll bar, for instance, was considered an essential piece of equipment with regards to safety. The car's gas economy and relatively inexpensive cost to maintain were also appreciated by drivers. However, some noted that space was limited in the back seat, and that the Cabio should essentially be considered a two-seater coupe.

What's your take on the 1995 Volkswagen Cabrio?

GuruF69R7 This review is from a long time driving enthusiast who loves driving! and has owned a great many VW’s and other brands.I have owned VW Mk2 Jetta GLI 2.0 16v , Mercedes 190e 2.3 16v, Saab 9000 Aero, VW VR6 etc etc I’m left truly amazed! With how fun this little mk3 Cabrio is to drive! I picked up the car on the cheap for $400 needing a clutch and needing to reseal a leaking transaxle input shaft seal. I was thinking I would do the repairs and sell the “non driving enthusiast” “chic car” lol. And how very wrong I was! This car is an absolute blast to drive! It feels very light and nimble & quite sporty at the helm. Although it only has a VW ABA 2.0 8v motor this little car hammers! The power comes on with a similar feeling of mild boost or power band like a 2 stroke motorcycle. And gives that nice feeling of surge of acceleration in each gear if you wind it out ! and let it run. So far I am thrilled driving this Mk3 Cabrio! Kind of funny that this “chic car I was gonna flip “ has now become my pride and joy! I have been pricing Bilsteins & Koni Sport Yellows for the car maybe with some Neuospeed Soft Sport springs , Or HR lowering springs to drop it down 1.3” or1.5” and remove the old worn out suspension. I would say the stock springs and shocks are pretty amazing at how well they soak up rough pavement yet still handle pretty well when taking turns and pushing hard into the corners. Yet one front and one rear damper are worn so the car has a bit of a bouncy feeling. I am thinking the lowering springs & Koni’s will really make it drive amazing! My daily driver is a 1987 VW Vanagon Syncro 4wd High Top camper and this is the perfect fun! VDub! To add to my stable.

Have you driven a 1995 Volkswagen Cabrio?
Rank This Car

92 Cabriolet Just Ran Out Of Gas And Will Not Restsrt

I have read over all the other fuel issues and no start issues. Its on the side of the road in the dark, I cannot be digging around looking for fuel pump issues. I was hoping maybe there was an easy...

100 views with 6 answers (last answer about a year ago)

Need To Know Where Is Fuel Pump Reset Button?

need to know where is the reset button on a 1995 vw cabrio?

434 views with 6 answers (last answer about a year ago)

280 views with 2 answers (last answer about a year ago)